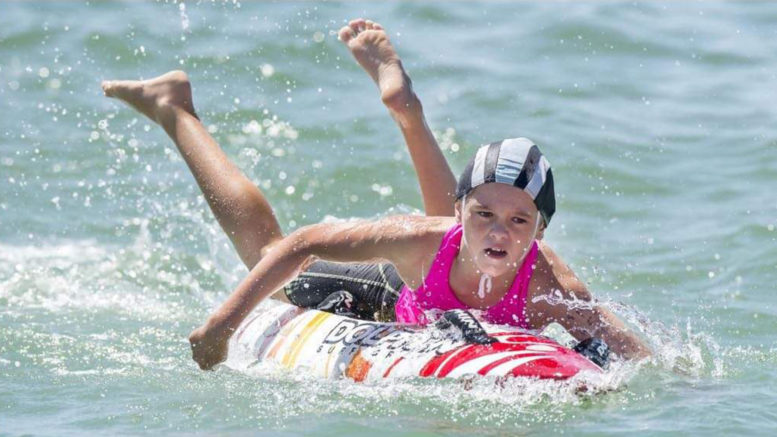 Lachie Muldbrock in action in the surf

Nipper, Lachie Muldbrock, helped save two young boys from a rip at Umina Beach while out surfing with his dad and uncle on September 29.

At around 8.15 am, 11-year-old Lachie noticed the two boys, who were fully clothed, struggling to swim against a strong current.

He bravely paddled his nipper board out to sea 150m and used his lifesaving skills to pull one of them onto the board.

His uncle retrieved the other boy who was closer to shore on his surfboard.

Muldbrock’s father assisted him as he negotiated the waves on the way to the beach where a rescue team was waiting.

Surf Life Saving Director of Lifesaving, Simon Cusack, said this is a timely reminder for all Central Coast residents and visitors to remember to always swim at patrolled beaches and supervise children.

“Sadly, this is an all too often occurrence,” Cusack said.

“When children are left on the beach unattended, they can end up in real danger in the water.

“The heroic effort and instinctive reactions of Lachie Muldbrock demonstrate the valuable lifesaving skills our young members learn as part of the nipper programs.”