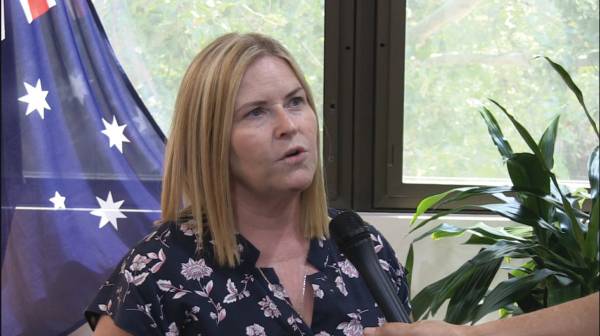 She also confirmed no by-elections will be held to replace the two councillors, Crs Gale and Marquart, who resigned this week.

By-elections do not need to be held because the Council is within 12 months of the local government elections, due in September 2021.

The Council will save about $500,000 by not having to hold the byelections and will also save on the stipend paid to the councillors – about $32,000 per annum per councillor, plus any expenses.

Cr Matthews said the writing had been on the wall for some time when the Council term was extended – due to COVID – and some councillors had said they weren’t going to stand for re-election.

“We have all struggled immensely, having to regularly attend six-hour council meetings is not easy,” Cr Matthews said.

But she said now was not the time to run.

“They have let their communities down and that’s on them,” she said.

‘Now is not a time to run but to stay and support the community [that] has elected us.

“I am here to (get to the bottom of) the situation and to find solutions and to make sure this never happens again.

“There have been plenty of tough times in the last 12 months – I still can’t live in my house – and people were angry, but I fronted and listened to the community.”

Cr Matthews said she was the subject of some vile comments, but she took her strength from her family and she was not going to bail now.

“I might not be everybody’s cup of tea, I’m just me, providing leadership to this team,” she said.

The Mayor also confirmed the new Chief Financial officer, Natalia Cowley, has started at the Council, a week earlier than first announced.

“She was up for the challenge, wants to get involved, and wants to be part of the solutions,” Cr Matthew said.