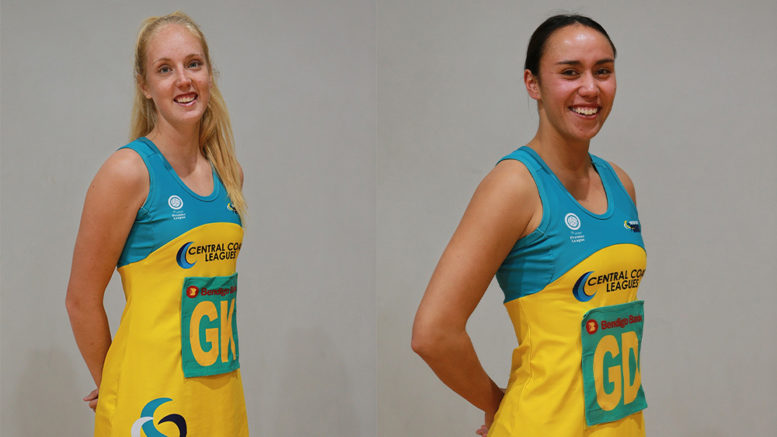 Central Coast Heart’s Nakita Jackson and Dakota Thomas have been named to Netball Australia’s Netball Centre of Excellence 19/Under Squad for 2020, ahead of the 2021 Netball World Youth Cup.

While the Cup has been postponed due to the pandemic, preparation of the Australian squad will continue to ensure ongoing development of the group while they await confirmation of a new date.

Selection of these squads was conducted differently this year after the National Netball Championships, where selection is normally made, were cancelled due to COVID-19.

National selectors have since worked closely with state representatives within the National Institute Network to finalise the squads, assessing each athlete based on a range of attributes, focusing on current and potential performance.

With squad selection now complete, Netball Australia aims to deliver training camps in late 2020, with dates to be confirmed, to ensure that players maintain access to competition and development opportunities.

Both members of the Heart’s Open Premier League squad, the U/19 appointment will be a valuable learning experience for both players as they continue working towards Suncorp Super Netball careers, through their respective academy programs, Sydney Giants Netball for Jackson and NSW Swifts for Thomas.

With NSW Netball effectively in charge of their training as squad members until Netball Australia can confirm the timeline towards bringing players together for training camps, Jackson said her focus for the time being will be on training hard.

“Due to Covid, everything is up in the air at the moment, so it looks like we’ll be training with our respective squads for the time being and finishing off the premier league season,” Jackson explained.

Despite the pandemic also clouding that process, Netball Centre of Excellence Head Coach, Michelle Wilkins, who’ll lead the eventual 19/U training camps, said that there was immense talent within this year’s program.

“Selection of these squads wasn’t an easy process due to the depth of talent we have coming through our system.

“We have even seen some of our athletes within this group starring on the Suncorp Super Netball court this season.

“While it has been a challenging year, it is our priority to ensure that we are constantly nurturing and developing the talent coming through the Netball Australia pathway and we look forward to bringing everyone together later in the year for our training camps,” she said.

With the Heart sitting pretty atop the premier league Conference B ladder and camp announcements to look forward to, it’s shaping up to be an exciting end to 2020 for Jackson and Thomas.

Aware of the opportunity ahead, Jackson said her goal heading into the camp will be to make the most of it.

“I’m really just excited to be a bit of a sponge and just soak up as much knowledge and experience as I can.

“The camps will be a great opportunity for exposure and I just want to play the best that I can,” Jackson said.