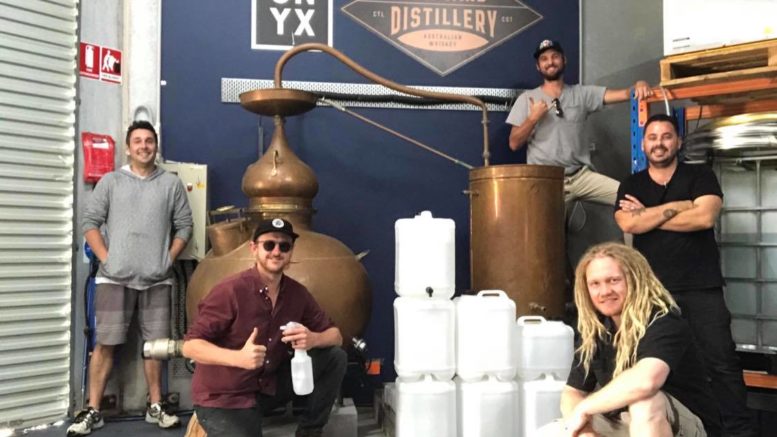 [Forum] Following up on my previous comments (Forum edition 198), I spent a bit of time doing research into shoppers using hand sanitizer available at my local supermarket’s entryway.

Thirty-five people entered, two used the sanitizer, one used the wet wipe on her basket.

I still can’t work out whether they are just plain lazy or stupid, probably both.

Same shop, later, the wet wipes used to clean handles on trollies and baskets weren’t wet, probably dried out from time and lack of use.

I took the time to contact the powers that be, to find out just what the ruling on the supply of those items was, note I said “time”, better than an hour on the phone.

I was advised that each shop and or business has an agreement as to the supply of protective items.

I enquired as to what could be done if these items were not supplied.

Answer, “bring it to the attention of the shop owner/manager and if no response, contact Crime stoppers.”

Best of luck with that.

I tried the first one and was told they didn’t have a person with time to check those things.

Another shop owner said when she put the required items out, they were stolen by customers and it was costing too much.

Our local Bunnings started by having a small table at the entrance lift with both items supplied, not only were the items stolen but so was the table.

Now they have a small shelf and the Sanitizer bottle is chained down and always well supplied, well done Bunnings.

I haven’t tried Crime Stoppers yet, but last time I did on a different matter, it took three weeks to get a reply.

What I can’t understand is that a lot of people still don’t understand just how serious this illness is and if they cannot find a vaccine to prevent it, that we may have to learn to live with it.

This would mean many thousands of cases with many fatalities, especially among our seniors, and the medics now believe that even if a person recovers, they may still suffer permanent damage.

This could mean we would have to go back to the old polio days where dedicated hospitals had to be built, staffed by live-in persons and completely isolated from the outside world.

People would have to be interned in these places till they either died or recovered, it would have to be staffed by recovering or less ill people as we would not have enough healthy people to do it.

They would have to be kept under strict isolation and not have any physical contact with the outside world.

We will have to learn to accept the fact that many will die alone, and we would never be able to see them again, even to bury them.

I am 82-years-old and know that I will probably never see “normal lifestyle again in my lifetime but I hope I am wrong.

Many good reasons why landfill should be rejected

Quality of life at risk from over population

A good hard look at ourselves