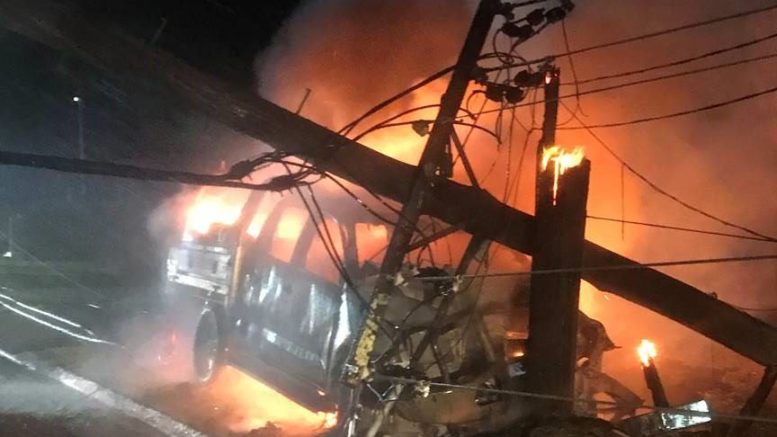 A 34-year-old man has escaped serious injury after his ute collided with a power pole at Wyongah.

It’s understood that the driver left a trail of destruction along Stanley St before his vehicle slammed into the pole with such force that it snapped in half, at around 10pm on Wednesday, August 11.

Shortly after, the ute burst into flames, but miraculously the driver escaped with only a minor injury.

Witnesses say residents were the first on the scene, with many emerging to investigate the source of the commotion and subsequent fire.

Emergency services arrived a short time later, with the man conveyed to hospital for mandatory drug and alcohol testing.

What followed was a complex recovery operation, with emergency workers cut off from the burning vehicle due to live wires from the destroyed power pole blocking access and gas cylinders in the ute’s tray venting and exploding, further complicating the matter.

Ausgrid has since undertaken comprehensive repairs of the badly damaged infrastructure and replaced the power pole, which saw more than 1,000 households go without power.

Woman seriously injured after a crash at Shelly Beach

Driver has a miraculous escape