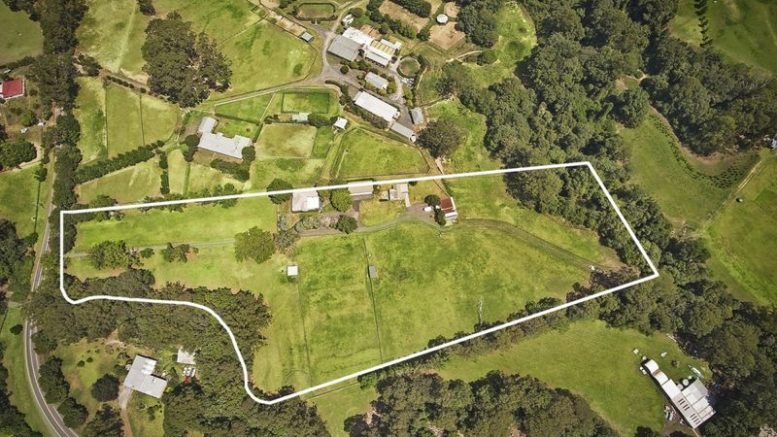 Aerial view of the site for a proposed women's rehabilitation centre

Gulgul Nyugang Aboriginal Corporation has submitted its detailed plans to Central Coast Council for The Glen for Women Drug and Alcohol Rehabilitation Facility at Wyong Creek.

Run by the same team that runs The Glen, a rehabilitation centre for men at Chittaway Point, this facility will aim to provide similar services, but specifically for women.

They plan to build a block of four consultation rooms, an accommodation building including amenities, staff carpark and ancillary landscaping, and demolition of the existing barn and replace it with a new shed.

The development application indicates that all buildings will be in the central part of the site away from neighbouring properties.

There will be minor works to the driveway, associated landscaping and the refurbishment of the existing house into an administration building.

It is proposed that The Glen for Women will accommodate up to 20 residents who will typically live on the site for up to 90 days, supported by 12 staff with a full-time presence.

The Federal Government announced in February that it would put $9M towards the project to buy the land, build the centre and cover running costs for the first three years.

Chief Executive Officer of The Glen, Joe Coyte, said that this funding agreement was great recognition and reward for the women behind this project.

“The Glen has a passionate and dedicated team of hardworking professionals who are looking forward to developing a centre for women that will be the benchmark for drug and alcohol rehabilitation across the State.

“Residents of the new facility will be given every opportunity to have a chance at building a new life where they will take part in a highly structured, daily routine,” Coyte said.

He said the Wyong Creek centre would have minimal or no impact on their neighbours.

A Crime Prevention Through Environmental Design assessment in the application said “despite the perception that this proposal might result in an increased level of crime in the surrounding community, it is considered that crime risk behavior to participants, staff and surrounding residents was low”.

“This is largely due to the long history of (The Glen’s) service delivery, past success, accreditation, the environmental setting, program structure and a well established network of support services and programs,” the report said.

“Together these factors minimise the likelihood of crime risk at the site and the design principles outlined in this report will further minimise environmental factors that may lead to crime risk.”