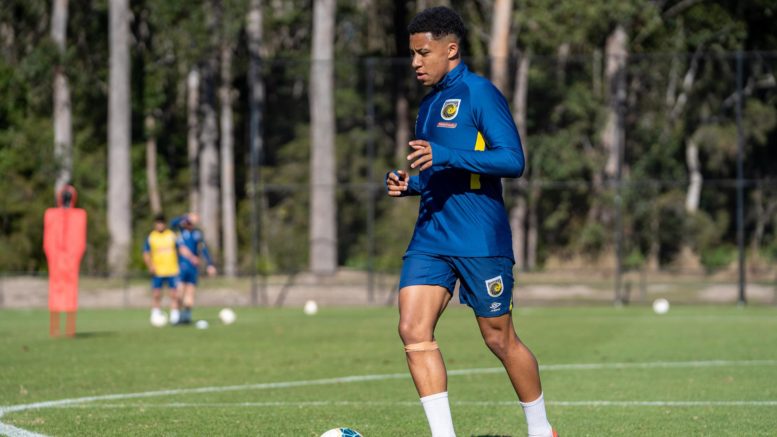 Mariners’ youngster, Sam Silvera, is loving being back in the team environment since training returned and believes that the team is ready to make a big push to finish the 2019/20 Hyundai A-League season on a high.

The squad returned to training in June after clearing all protocols required and undergoing COVID testing and is now in a ‘bubble’ as they prepare for the final four games of the season.

Matches still await against Perth, Newcastle, Western Sydney and Melbourne Victory, but for now, the team is getting back into the swing of things on the training pitch.

“Being in the team environment, I think that’s what really is best for us,” Silvera said.

“It has been unbelievable coming back to it, seeing the boys again and having some banter.

“It’s been really good and I’m really enjoying it, and I think all the boys are too,” he added.

Silvera shot into the frame at the beginning of the season, making a strong impact through the FFA Cup run of the Mariners, and inking a senior contract, keeping him on the Coast until 2022.

He scored the winner in the round four victory over Perth and now, with the tail end of the season approaching, the 19-year old is confident that the Yellow and Navy can finish the campaign off strong.

“We’ve definitely had a bit of a shaky season, but I know that we can really finish the season off strong and we have a good opportunity to do that.

“As a team, I believe that we can do that, and personally, the goal is just to help the team out as much as possible, contribute where I can.

“We have the chance now to come out and play hard, to really push hard for the club and our fans in these last four games,” Silvera said.

Mariners CEO, Shaun Mielekamp, has confirmed that the club is pushing for matches against the Jets and Wanderers to be played at Central Coast Stadium, depending on the league’s model, and Silvera said it would be a massive boost for the team to play in front of a home crowd, if allowed.

“To get out in front of them would be unbelievable, and if we can put in good performances and get wins to make them happy, that would be even better.

“For us, myself, the fans, it would just be great.”

As of June 30, there’s still no word from the FFA on when the Mariners’ first of their upcoming four games will take place.