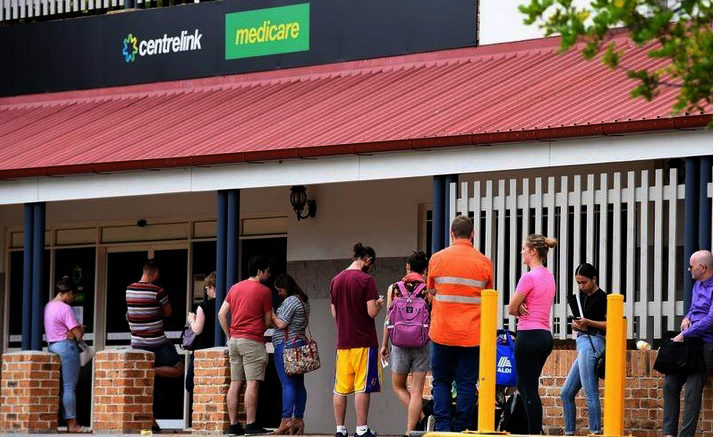 The JobKeeper wage subsidy will be extended until March 2021 at a lower rate.

Prime Minister, Scott Morrison, and Treasurer, Josh Frydenberg, announced on July 21 that JobKeeper would be extended beyond the original September end-date.

“We will apply the JobKeeper test for the 30 percent turnover reduction across the past two quarters and into the next quarter for continuing eligibility,” Morrison said.

JobKeeper, a $1,500 a fortnight wage subsidy which has supported around 3.5 million Australians and 960,000 businesses, will remain in place until the end of September.

There will then be tougher eligibility requirements and two payment tiers based on hours worked, to more closely reflect pre-pandemic part-time and full-time incomes.

Morrison said that “towards the end of September”, JobKeeper will be reduced to $1,200 a fortnight and $750 for those working less than 20 hours a week.

The payment will then be revised for the March quarter down to $1,000 per fortnight and $650 for those working less than 20 hours.

Federal Member for Dobell, Emma McBride, said she was relieved that the Morrison Government had decided to extend JobKeeper but would look closely at how the changes impact local small businesses and tradies on the Coast.

She said that cancelling the $1,500 fortnightly JobKeeper wage subsidy in September would have resulted in up to 10,000 businesses on the Central Coast being forced to close their doors, about 37,000 local workers being forced into unemployment and removing up to $56M out of the local economy every fortnight.

McBride said the details announced on July 21 would be looked at closely to see how many businesses will be supported and for how long.

“I will carefully assess the new rates and see who has been included and excluded in the new arrangements,” she said.

“The announcement comes after costly delays and weeks of uncertainty which pushed more workers into the unemployment queues and forced more businesses to close their doors.

“Labor will be as responsible and constructive as we can be, but when people are struggling to get back on their feet, it’s critical that the government provides proper support.

“The test of the Morrison Government’s management of the recession and its aftermath is what happens to jobs and the businesses which create them.

“The government must do a better job with this next phase of support than they did the first time around.

“This is the first recession in three decades and people are hurting.

“I don’t want to see a jobless recovery where Coasties are left behind,” McBride said.

The coronavirus supplement for JobSeeker recipients will drop from a current $550 per fortnight to $250 at the end of September and remain at that rate until the end of the year.

Currently, the maximum unemployment benefit for a single person without dependent children is $555.70 per fortnight, however, this varies depending on individual circumstances.

The coronavirus supplement is an additional payment on top of the normal unemployment benefit.

Mutual obligation requirements for people on JobSeeker will return from August 4, with the assets test is to be re-introduced from the end of September.

The government will also invest $2B to give hundreds of thousands of Australians access to new skills by retraining and upskilling them into sectors with job opportunities as the economy recovers from COVID-19.

The JobTrainer skills package will also guarantee support for thousands of apprentices in jobs across the country by subsidising their wages to keep them employed and their training secured.

The new $1B JobTrainer program will provide up to an additional 340,700 training places to help school leavers and job seekers access short and long term courses to develop new skills in growth sectors and create a pathway to more qualifications.

Courses will be free or low cost in areas of identified need, with the Federal Government providing $500M with matched contributions from state and territory governments.

The package also includes an additional $1.5B to expand the wage incentive to help keep apprentices in work.

It builds on the initial $1.3B package announced in March.

The Supporting Apprentices and Trainees Wage Subsidy will now help almost 90,000 businesses employing about 180,000 apprentices and trainees throughout Australia.

Vouchers can be used until June 2022