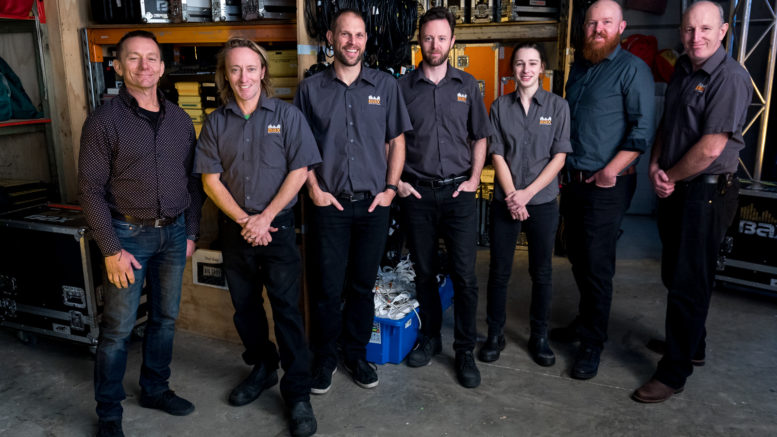 Central Coast businesses are becoming increasingly worried about their future as the end date for the JobKeeper supplement looms.

The financial subsidy helps employers keep staff by giving them $1,500 per fortnight (before tax), which is then used to pay their salary or wages. But the program is set to finish on September 27, and so far there is no support in place once it ends.

A recent report by Business NSW found that 10,000 people on the Central Coast are currently receiving the JobKeeper payment and the unemployment rate, which does not include JobKeeper recipients, had already reached 6% by May.

The worry is that once the JobKeeper payments stop, small businesses will not be able to afford to keep staff employed, causing a further jump in the Coast’s unemployment rate.

Dale Bax is a local business owner who currently has 10 employees on JobKeeper. He runs the locally based Technical Production for Conferences and Events Business, Bax Audio Visual.

Bax said many events planned before COVID-19 had been cancelled, causing a significant drop in revenue.

“This was a fairly busy quarter,” he said.

“A third of our turnover for the year is in the lead-up to June because it is the end of the financial year, so there are a lot of conferences going on.

“Our really big events that we do in December are now cancelled.”

JobKeeper has played an essential role in keeping Bax’s staff employed, despite the cancellations.

“It is keeping us afloat,” Bax said.

“[JobKeeper] just needs to be extended until next year.”

In an attempt to try and keep employees and pay the bills, Bax has started moving conferences online.

“We have repaired our lunchroom, and that is now our studio,” he said.

“We are doing a lot of webinars now.

“We have had to diversify, which is why we still have a few people working in here.”

However, with events cancelled, revenue down by 90%, and the COVID-19 environment still shaking the world, it may be some time before the business goes back to normal.

The struggles faced by small businesses has been felt across the state with Business NSW declaring that one in two businesses will be unable to maintain employee hours once JobKeeper ends.

“Business NSW has been saying for some time that September was going to be the month where the true impacts of the epidemic hit home with JobKeeper set to end and a number of deferral measures the banks initiated at the start of the pandemic also due to expire,” Martin said.

“Construction alone accounts for nearly 12,000 employed locals and the highest driver of apprenticeships and trainees on the Central Coast.”

All industries have been affected by COVID-19, some more than others, she said.

These include the arts and recreation services; accommodation and food services; education and training; administrative and support services; transport; postal; and warehousing and construction.

“With the industries most affected by Covid-19 providing employment for nearly 40% of Central Coast workers, the potential of an ‘economic cliff’ when JobKeeper is wound back is a sobering one,” Martin said.