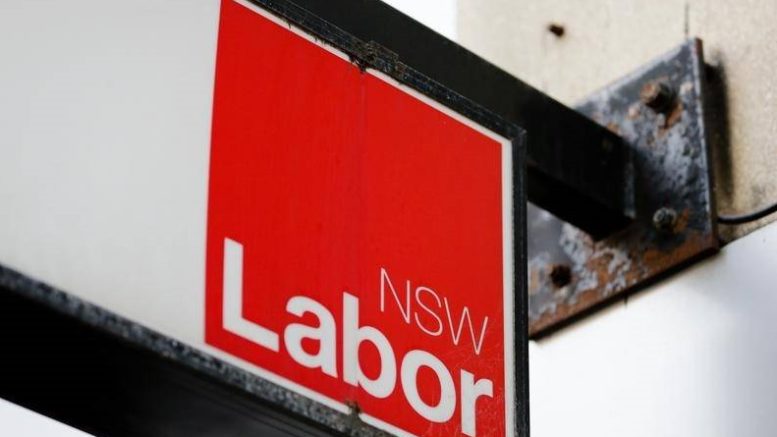 [Forum] In October 2019, Van Davy addressed the following [truncated] letter to Michael Lavarch, copying in ALP President, Wayne Swan, Party Leader, Anthony Albanese, and ALP National Secretary, Paul Erikson as well as the ABC’s Leigh Sales.
His critique of the NSW ALP has been brought into sharp relief in recent
weeks following revelations of branch-stacking in the Victorian ALP
and the sacking of powerbroker Adem Somyurek.

A successful Labor Party needs an array of skill sets to be a force within local communities in between elections and, therefore, to earn the respect and support of those same communities at election time.

These skills include the ability to empathise with local communities, collaborate and consult, formulate research instruments, collect and analyse data and develop and debate policies and build consensus.

Skill sets which Labor does NOT need include branch-stacking, intimidation, bribing members and pre-selection vote tampering.

Unfortunately, NSW Labor is flooded with the latter set of skills.

This corrupted structure has seen the Party denuded, at all levels, of the well-meaning people who actually had many of the right skills and, instead, left it with a small, secretive, clique of factional heavies and, it would seem, unexplained Aldi bags.

The tip of this particular iceberg was exposed by Sam Dastayari’s apparent belief that asking a company to pay his $1,600 debt was OK, not to mention the Party’s preparedness to excuse him for it based on nothing more than an apology.

NSW Labor has been so entirely dominated by self-serving factional heads and debauched selection procedures for so long that these practices are now just ‘normal’, leaving an army of good members robbed of their influence, disempowered by structured factions and a small number of factional controllers motivated NOT by the needs of workers, or social justice, but by personal power, status and greed.

NSW Labor is controlled by this factional system, so slow-boiled in corruption that they actually believe Sam Dastayari is guilty of no more than a minor misdemeanour which can be excused with an apology.

He should have been expelled from the party … and much more.

This all-pervasive corruption repels most, intimidates many, crushes some … and is (sadly) now becoming the hallmark of NSW Labor – that it serves itself, not the people.

Gone are the open debates on policies and clean, unobstructed ballots for delegates, committees, pre-selections in favour of secret negotiations between the faction bosses subsequently imposed on the Party faithful.

In their place are stone walls and booby-traps for any intelligent, aspiring newcomers.

If you need any evidence, Sam Dastayari is right there, on-video, on-audio, boasting that he epitomises the NSW ‘ALP machine’ having taken control of his first two branches by the time he was 17.

There is history to this.

Around 70 years ago the Labor Party split, with large parts of its Victorian and Queensland leaderships defecting to form the Catholic-led DLP which, in cahoots with the Liberals, kept Labor out of government for two decades.

In NSW this dramatic split did not occur – the Right-wing Catholic leadership decided their influence would be better served if they stayed within the NSW Labor Party.

The endless in-party fighting that ensued was finally resolved with the ALP’s National Executive requiring the NSW Branch to adopt a working policy of “proportionality”.

This required both major factions to be formalised so that they could negotiate and deal with each other, proportionately, on all important matters such as pre-selection rules, conference delegates and whose turn it is to be a NSW Upper House or federal Senate candidate.

Open debate and elections were replaced with private dealings and horse-trading and the evolution of a structure that rewards those who best serve the factions and distracts all others with the charade of boring, inert branch meetings.

Labor, with its historic roots and branch and union reach is well-placed to create such a plan … but the skill-sets required are not now evident.