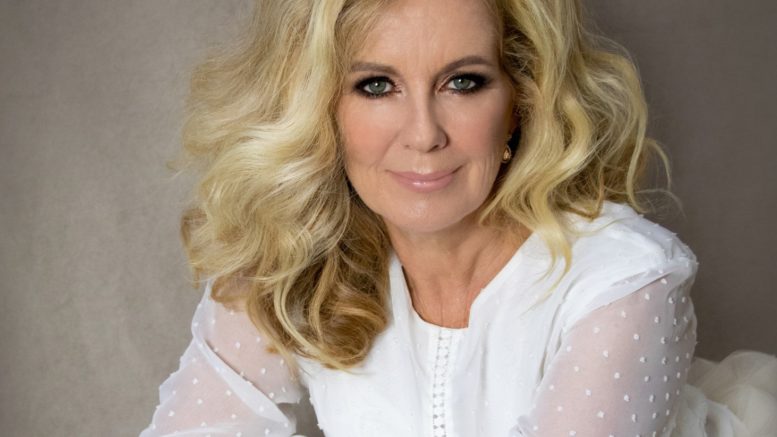 A local actress and model has been named International Mature Model of the Year on an entertainment industry website.

Ms Amanda Benson of Umina said: “The industry has embraced the mature model and I am happy to say I get a lot of grandmothers, retirement travel and insurance projects.”

She said that, most recently she had done a five-day shoot for travel in the Northern Territory the week before the Covid-19 lockdown.

“It was a crazy time because we were desperately trying to get our son home from New York and I had to leave for the shoot – in the end he got home before I did.

“We spent two nights at Uluru, doing various photo shoots including with some of those amazing dot paintings.

“The main shoot was a mock dinner under the stars – it was absolutely beautiful.

“Then we did a promotional Inspiring Journeys bus trip to Alice Springs and that was fascinating.

“We did so many wonderful things – including a quarry experience with boomerang throwing.

“It was my first time at Uluru and seeing the Field of Light was really something.

“The stars in the Northern Territory are also incredible. I’ve never seen anything like it.”

“One of the best jobs I did was promoting the over-50s resort at Port Macquarie,” she said.

“I also did a shoot amongst the berries at Coffs Harbour and a three-day shoot at Wooli which was interesting.”

Ms Benson said she was excited to be named mature Model of the Year by the StarNow website and was now concentrating on building up her workload as Covid-19 restrictions continue to lift.

Like most others in the entertainment industry, Ms Amanda Benson of Umina has had a lean time over the past few months of social restrictions.

“My daughter moved out and we have turned her bedroom into a home studio so I am all prepared to do casting tests from home and we’ll just see what comes up,” she said.

Ms Benson said: “Being an actor these days you have to be versatile and do modelling and presenting as well.”

She said the StarNow website had helped her build her profile.

She said the variety of work available through the website was “amazing”.

Ms Benson said working through StarNow had taken her to parts of Australia she might not otherwise have seen.

“I have been lucky to have been chosen for some incredible modelling jobs over the years.”