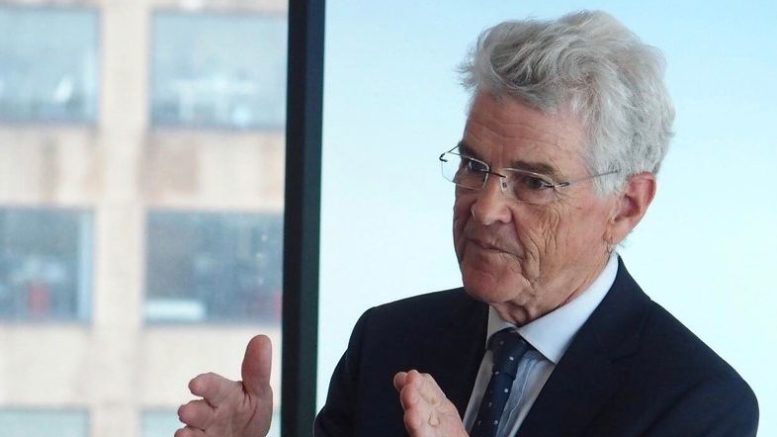 A new report reveals which northern suburbs of the Central Coast are at the highest risk of job losses due to the coronavirus pandemic.

The updated Employment Vulnerability Index (EVI) 3.0, created by researchers at the Universities of Newcastle and Griffith, maps suburbs Australia wide that are susceptible to economic and social disadvantage due to the health crisis.

Two groups at risk of job losses are identified.

Historically disadvantaged areas, such as Blue Haven and San Remo, and an emerging group, without historical disadvantage but likely to experience social and economic pain, for example, Warnervale and Wadalba.

Each suburb has a comprehensive socio-economic profile in the EVI 3.0 report, detailing the score indicators that place them in a certain category, compared to both NSW and Australian averages.

They used Australian Bureau of Statistics Census data, combined with previous EVI data and insights on the jobs most affected by an economic downturn, to model COVID-19’s effect on around 88 percent of the national population.

This “coronavirus version” is the third Employment Vulnerability Index.

The first was in 2009 at the start of the Global Financial Crisis, and the second two years later in 2011.

“The unfolding COVID-19 pandemic has delivered significant economic and social pain with the worst affected being the people who lose their jobs,” Professor Mitchell said.

“Look at the profiles for each region and you can pick out very quickly the ones that are likely to be in a high risk category,” he said.

“When the Australian economy goes down, there are industries that are much more sensitive to shifts in economic prosperity, such as manufacturing, retail trade, hospitality.

“If an area has a significantly higher proportion of its citizens that haven’t gone on to tertiary study, then that shows up as a risk factor too, because they’re likely to be in lower skilled jobs and, typically in a recession, those lower skilled jobs go first.

“Another factor in an area of high risk unemployment is the proportion of part time or casual workers, and they are usually the first ones to go when a business starts to struggle.”

Every suburb in the north listed in the report as being high risk or medium high risk, recorded higher than NSW and Australian averages in relation to the percentage of part time workers, the percentage of people without post secondary school qualifications and people employed in industries which would be most impacted in economic downturn.

“Predictions place the unemployment rate moving toward double digits over the next few months, a level not seen since the economic downturn of the 1990s,” Professor Mitchell said.

“The forced shutdown of many businesses due to public health requirements has meant that the worst affects have been seen in retail, personal services, accommodation, cafes, restaurants and air transport, with potential flow on effects to manufacturing, mining, construction, finance and real estate.

“Clearly, the government needs to target the lack of jobs problem and consider policies which will ensure the distribution of job opportunities,” Professor Mitchell said, and the EVI 3.0 Research Report details a range of solutions for the government’s consideration.

“During the Global Financial Crisis, for example, the sort of data we produced was very useful for governments to identify several regions for priority regional development stimulus.

“It allows governments to immediately understand where the jobs are going to be lost when the economy’s approaching recession arrives and to target the epicentres of the problem for fiscal stimulus.

“The aim is job creation programs, and for example, you wouldn’t really pump money into one of those inner northern Sydney suburbs where there’s little job loss if the economy goes really down.

“You’d be looking to stop unemployment rising significantly through job creation programs in Blue Haven and San Remo, for instance, and getting local government to create some work in the high risk local council areas.

“Another use of the data in the EVI, and we’ve tried to get the State Government on board, is to future proof communities where regional development and long term strategies encourage certain industries to start or relocate, to provide incentives for secure industries to set up around growing areas.

“Say, for instance, if a government department was transferred to Wyong, that would do heaps to improve the job security of residents all around that area by giving them alternative job opportunities, rather than being exposed to the sort of precarious retail sector.”

Professor Mitchell said statistics in the report are not actual unemployment figures, they are “just a projection of risk, a suburb’s vulnerability to job losses” in an economic slowdown.

Australian Bureau of Statistics figures show that as at the week ending April 18, five weeks after Australia recorded its 100th COVID-19 case, Central Coast had recorded a 5.7 percent decrease in jobs.

Professor Mitchell warned that withdrawing government support after the health crisis was over might undo any positive outcomes.

“There is real danger that the government will retract its support mechanisms too soon.

“This is something that we have seen before,” he said.

“Ultimately, how these suburbs fare will depend on the impact of the federal government’s economic rescue package and the depth of the economic downturn.

“It will be a matter of wait and see.”