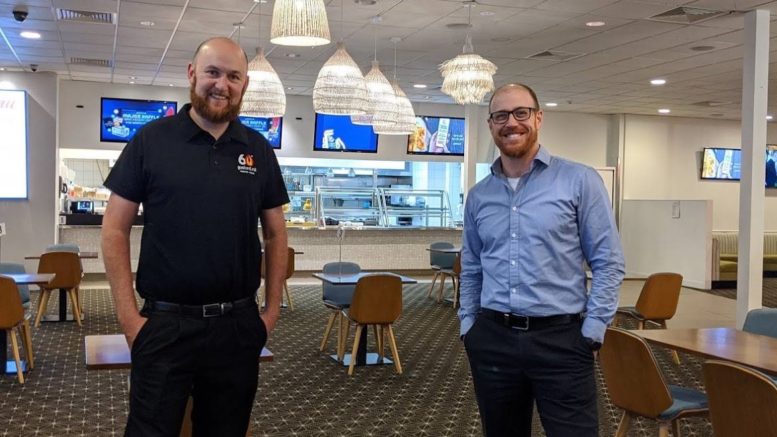 The easing of social restrictions which came into effect on May 15 have seen a slight upturn in business on the Central Coast, but they will have to be eased a whole lot more before the region’s clubs, pubs and cafes can return to financial viability.

That’s the consensus of the Coast’s business community, as many venues have elected not to re-open for in-house dining with only 10 patrons allowed to be in a venue at any one time.

Gosford Erina Business Chamber President, Rod Dever, said while the State Government had relaxed coronavirus restrictions somewhat and there was talk that the number of allowable patrons might double to 20 in June, there were still challenges around social distancing.

“Some venues have had to turn people away and customers were confused about whether to enter or wait outside; there is a need to see consumers change their behaviours,” Dever said.

“It’s good things are starting to loosen but it is inevitable we are going to see some sort of contamination come into the mix; hopefully it will be minimal and controlled.

“While foot traffic was up by about 30% it was still nowhere near pre-pandemic levels and there was still a very high percentage of takeaways with some people not feeling comfortable being out and about.

“There is still a level of fear.”

Dever said many venues had elected not to reopen until restrictions ease more, especially on weekends when penalty rates apply.

“For many it is not viable to reopen yet,” he said.

“Some pubs and clubs have introduced regular two-hour sittings and others are going for a banquet menu rather than a-la-carte to keep costs down, but there are a lot of challenges in making this work from a business perspective.

“People are in survival mode at the moment and no one is investing in their business.”

Dever said the food retail market remained strong, with many supermarkets reporting greater trade during the pandemic than over the record-setting Christmas period.

“A lot of businesses have adapted to deliveries and will likely keep that going after the pandemic; that is a market which could possibly continue,” he said.

“But it is going to take a long time for these businesses to recover and recoup some of their losses.”

General Manager of Tommy’s Café on the Gosford waterfront, Namon Moss, said restricted dining numbers would only work if customers were patient and understanding of each other.

“Some people have been fantastic but some have showed their real colours,” Moss said.

“The 10 people limit was a struggle; we had people waiting outside.

“In a café environment, where there are predominantly coffee sales, the polite thing for people to do if not eating is to take their coffee away and make room for others,” he said.

“We’ve stayed open through the pandemic and have been doing pretty well in takeaway but the 10 person restriction presents more challenges than opportunities.”

Moss suggested the number of patrons admitted should be based on the size of each venue and its ability to cater for social distancing.

Frank and Mel Pentimalli, owners of Café Espresso at East Gosford, said it was only the support of their loyal customer base which had helped them through the pandemic.

“We have regulars who have almost become like family,” Mel Pentimalli said.

“They will come in just to buy a takeaway cup of tea, which they could easily make at home.

“We wondered if we would have to close down after 12 years of hard work, but the local support has been phenomenal.

“There are so many expenses behind the scenes, such as negotiating with landlords, electricity providers and so on.”

“There were simply not enough people who could come through the door,” he said.

The couple believes easing restrictions should have been postponed until greater numbers of patrons could be admitted.

Gosford RSL CEO, Russell Cooper, said unlike many clubs and pubs, the RSL was operating a dine-in service.

“We’re open to 10 patrons at a time, by bookings only,” Cooper said.

“We have organised our booking times in sessions and some of them are booked out with bookings for others picking up.

“It’s not financially viable but we’re doing it for our members.”

Cooper said the club’s takeaway and home delivery services would continue, along with the newly established drive through which was proving popular.

Business NSW Central Coast welcomed the first of many stages to ease restrictions so local business can trade again.

“Last week’s opening of our hospitality and retail sector will help kick start our economic recovery and will be a huge boost for employment on Central Coast,” Regional Director, Paula Martin, said.

“With 38% of our businesses in retail and hospitality telling us they have lost up to 50% revenue and a further 40% of businesses citing revenue losses above 50%, being able to re-engage with customers face to face could not come fast enough.

“Businesses have had to transform themselves to stay afloat through the crisis, but for some, no amount of transformation can replace the physical customer experience needed to remain viable.

“It’s a tricky time at the moment as business weigh up the cost of opening versus staying shut.

“It was encouraging to see many businesses open for trade, but nearly 50% chose to stay closed until further restrictions are eased.