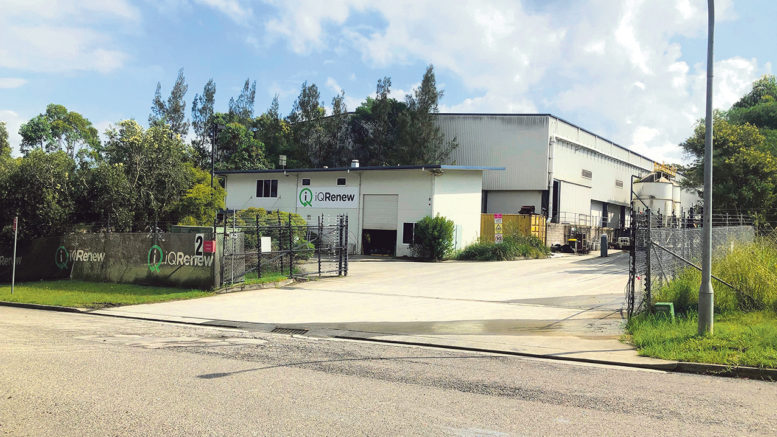 The IQ Renew plant at Somersby

Recycling company IQ Renew has been fined a total of $33,000 by the NSW Environment Protection Authority (EPA) for allegedly breaching its environment protection licence at two Central Coast facilities in February this year.

IQ Renew operates plants at Somersby and Wyong, processing kerbside (yellow bin) recyclable waste.
EPA Director, Regulatory Operations, Adam Gilligan, said inspections revealed multiple alleged breaches of the environment protection licence and the Protection of the Environment Operations Act.
“EPA inspectors found waste being poorly stored and in some cases the waste was being tracked around by vehicles into the path of stormwater, which had the potential to cause environmental harm,” Gilligan said.
“The EPA also alleges that on several occasions the operators stored waste in excess of their licence conditions and stored or loaded it outside approved areas.
“Waste which is poorly stored can potentially become wind blown litter and end up in waterways and adversely impact aquatic life.”
IQ Renew received a $16,500 fine and an Official Caution in relation to alleged offences at each of its two Central Coast sites, in Pile Rd, Somersby, and Lucca Rd, Wyong.
The EPA previously fined PAR Recycling Services, which is owned by IQ Renew, for environmental breaches at its Somersby facility, including for storing waste outside the building and for poorly stored chemicals at a different Somersby facility.
The EPA has also taken action against IQ Renew or its subsidiaries for a range of environmental breaches over the past seven years.
“We will continue to work closely with the operators to improve their environmental compliance,” Gilligan said.
An attempt to contact IQ Renew for comment was unsuccessful.