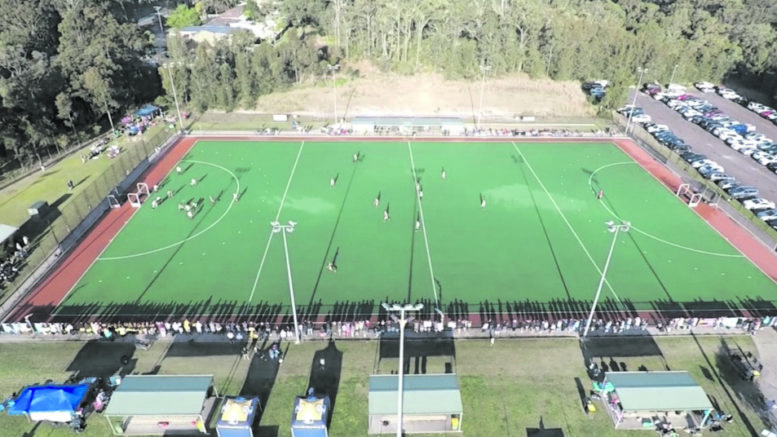 It’s uncertain times ahead at Wyong’s Central Coast Hockey Association (CCHA), with hockey joining the long list of winter sports on the Coast that have announced that their season’s been postponed due to Coronavirus concerns.

Hockey NSW advised all members on March 17 that the state body strongly recommended associations postpone all competitions and related activities until May 2.
CCHA President, Brett Johnson, said it was a frustrating decision given that the CCHA’s season was meant to commence that night.
“It’s disappointing but not unexpected, as we’ve seen heaps of sports make the same call over the past 24 hours,” he said.
Johnson and the CCHA Committee are taking the disruption with a grain of salt.
“While we realise how important getting ahead of the curve is, our sport is relatively small compared to the other winter codes on the Coast and we’re not really in danger of drawing 500 plus people to our facility, but we would hate to see hockey come into disrepute for spreading the disease, so we’ll be complying with the recommendations,” he said.
Johnson said the decision to delay does pose a challenge for the CCHA and other associations regarding membership, with concerns that members will opt out en masse at a time when numbers were already lower than expected.
“The season is losing a whole month of competition and there’s no guarantee that it’ll even go ahead come May, so we’re a bit worried about what that means for us,” Johnson said.
Focusing on the now, Johnson said the CCHA was looking for the silver lining.
“We actually had a lot of improvement projects on the cards for later this year, which we’re now trying to move forward to this blackout period,” he said.
On Monday, March 16, Parliamentary Secretary for the Central Coast and Member for Terrigal, Adam Crouch, awarded the CCHA $639,149 in funding through the Stronger Country Communities Fund to convert one of its grass fields into a synthetic one and that’s one of the projects Johnson hopes to see fast-tracked.
“There’s going to be a lot of waiting and watching and no one’s really sure of what’s to come,” he said.