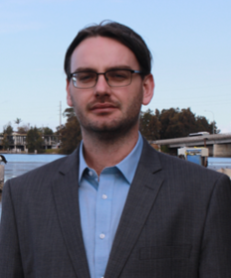 Central Coast Councillor, Kyle MacGregor, is pushing for Council to investigate more revenue raising options and will put a motion to the March 9 meeting calling for a report on the matter from CEO, Gary Murphy.

The motion calls for an investigation to include a review of current revenue sources and a comparison with the revenue base and model of other councils in the State.

It aims to reduce “the burden of costs on rate payers and individuals regardless of their capacity to pay additional costs”, by exploring more effective revenue bases.

MacGregor is also calling for Council to rule out paid parking for commuters and locals within town centres and CBDs across the region.

He wants to see no land and asset sales of over $500,000 without a resolution of full Council.

The motion seeks an assurance that there will be no rate rises for residents in the former Wyong Shire.

“(They) have already suffered through the imposition of the infamous Wyong Shire Special Rate Variation of a cumulative rise of 30.59% over four years from 2013/14, which was over 17.6% above the then rate peg, and equated to a rise in rates of roughly 3% each year from 2013/14,” it says.

It also calls for a review of developer contributions and reductions in current costs through “existing and emerging opportunities such as the production and on sale of renewable energy and efficiencies around economies of scale created through the amalgamation process”.

The motion suggests a briefing and workshop for councillors to discuss Council’s revenue base and model.

CEO, Gary Murphy, told councillors that the motion has legal, strategic, financial or policy implications, which should be taken into consideration by the meeting.

He will provide a report in relation to the motion as a late item to be made available by close of business on Friday, March 6.