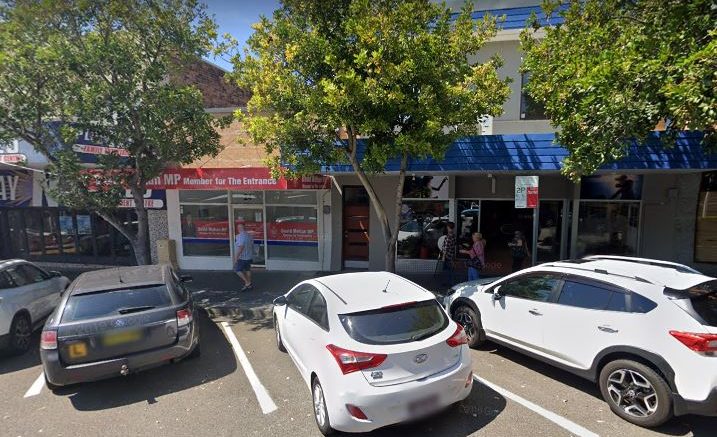 Two significant meetings about The Entrance were postponed on Monday, March 16, by Central Coast Mayor, Lisa Matthews, because of the current Coronavirus health precautions.

Spotlight on The Entrance was a public event being hosted by the Mayor and The Entrance MP, David Mehan.
It was to be a networking opportunity for local businesses and leaders to revitalise The Entrance, including presentations by council staff on economic development strategies, tourism and The Entrance waterfront upgrade, estuary management and dredging update at The Entrance Channel.

A separate meeting between high-level government officials to specifically discuss The Entrance Channel was also called off.

The Entrance MP, David Mehan, said it was prudent under the current circumstances to postpone the public meeting, but he was disappointed to not hold the government meeting.
He said that it was a resolution of council last year to hold a meeting with experts from relevant state government departments, Parliamentary Secretary for Central Coast, Adam Crouch, the Mayor, the CEO, councillors and stakeholders.

“It was a small number of people, about 10 I understand, in comparison to the public meeting, so I was surprised that it was postponed and that they are hiding behind a health crisis to avoid scrutiny over the channel,” Mehan said.

He said he had been looking forward to discussing ideas with the community about the development of an economic plan for The Entrance Town Centre as a solution to its depressed business conditions.
“We have a stagnant national economy impacting the town, which has suffered some significant economic shocks, such as closure of The Entrance Motor Registry in 2016 by the NSW Liberal State Government (15 full time jobs) and the closure of 13 businesses due to the Ebbtide Mall fire in 2019,” he said.
“There are a disproportionate number of development sites vacant, or which contain derelict buildings.
“These are poorly maintained, attract rubbish and repel visitors.”
Mehan said other cities had faced these challenges by doing things differently.
“By thinking outside the box, they were able to breathe life into their communities and make a change for the better,” he said.
“The ‘Renew Newcastle’ model is an example of a successful intervention to ensure empty shopfronts are activated.
“A University of Newcastle assessment of the model found that it returned $14 for every $1 invested.
“An economic plan which aggressively targets The Entrance Town Centre’s weaknesses and adopted an interventionist approach to business activation on the lines of the ‘Renew Newcastle’ model is the best way to ensure economic security for the Town Centre and our community,” Mehan said.