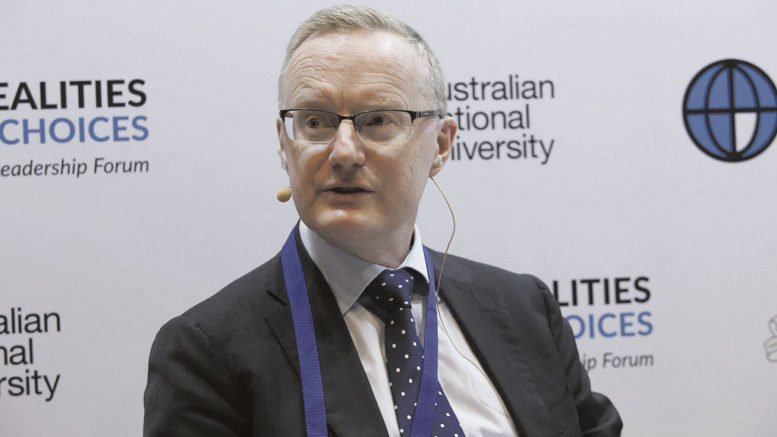 As the spread of the Covid-19 coronavirus begins to be felt across regional economies, Federal and State Governments have come out swinging with a range of economic stimulus measures.

Some measures are quite blunt, but others are quite targeted, and also sometimes, difficult to understand.
We’ve tried here to unpack the major measures announced so far to see where Central Coast businesses and households may be eligible for support.
Let’s start with the Federal Government’s first round $17B+ economic relief package, a package that aimed to bring forward the impact by getting cash into people’s hands as quickly as possible.

Estimated to cost the Federal Government around $4.8B, this payment aimed to direct cash of $750 each to some 6.5 million low-income earners.
The payment will be made to all social security, veteran and other income support recipients and eligible concession card holders.
This includes those on Newstart, those who have commonwealth senior’s health cards, and families receiving family tax benefits.
There will be just one $750 payment per person irrespective of how many social security accounts they have and all payments will be tax-free and are set to commence from March 31.

Eligible small and medium sized businesses will receive up to a maximum of $25,000 per business, with a minimum payment of $2,000, to reduce the total costs of employee wages and salaries.
The payment will provide cash flow support to businesses with a turnover of less than $50M that employ staff between January 1 and June 30.
The payment will be tax free.
Businesses will receive payments of 50 per cent of their Business Activity Statements or Instalment Activity Statement from April 28, with refunds to then be paid within 14 days.
About 690,000 businesses employing around 7.8 million people are expected to be eligible for this payment.
This measure is estimated to cost the government $6.7B.

This measure will be funded to the tune of $1.2B and will be made available as a wage subsidy of 50 per cent of an apprentice’s or trainee’s wage, for up to nine months, from 1 January 2020 to 30 September 2020.
The subsidy may be payable to a new employer that subsequently employs that apprentice that is not retained by their initial employer.
The government estimates that up to 70,000 small businesses will access the incentive and that this will support around 117,000 apprentices.

The government will also allocate $3.9B to measures that encourage businesses to make capital expenditures, including an increase in the cap on instant asset write-offs from $30,000 to $150,000.
Specifically, businesses with a turnover of less than $500M will be able to deduct an additional 50 per cent of the cost of an eligible asset on installation, including cars and industrial equipment, in the year of purchase, with existing depreciation rules applying to the balance of the asset’s cost.
The investment measures are expected to support more than 3.5 million businesses (over 99% of all businesses) employing more than 9.7 million employees.

The government has also announced a $1B fund to support regions “disproportionately affected” by the coronavirus outbreak
It will be used, among other things, to waive fees and charges for tourism businesses that operate in the Great Barrier Reef Marine Park and for waiving entry fees for commonwealth national parks.
It will also include additional assistance to help businesses identify alternative export markets or suppliers.
The Prime Minister has flagged that the package could be updated in the May budget, depending on how the coronavirus plays out, and how severely the economy is affected as a result. The government is eyeing fresh support measures targeted at the businesses most at risk of collapse – the precise timing for unveiling round two of the stimulus package is unclear, but government sources say the package will be announced well ahead of the May budget.

The NSW State Government has announced its own stimulus package encompassing health and economic measures worth $2.3B, including $1.6B directed at saving jobs.
At the forefront of this package was a waiver of payroll tax.
This is estimated to release $450M back to NSW businesses.
This will only be available to companies with payrolls of up to $10M and we understand will be activated automatically.
The NSW Government has also brought forward the next round of payroll tax cuts, meaning the payroll tax threshold will rise to $1M in the financial year 2020-21.
The NSW Government is also scrapping certain fees and charges that apply to businesses in vulnerable sectors.
These include fees for bars, cafes, restaurants and tradespeople.
The total allocated for this measure is $80M, but it is not yet clear exactly which fees will be waived, or for how long.
These measures will be administered through Service NSW, and the waiver will be communicated via that channel.

The state government has pledged $250M to employ additional cleaning staff for public infrastructure, such as public transport assets, schools and public buildings.
It is expected that this may also provide a welcome boost for self employed people in this sector, or for small cleaning companies.
The NSW Government has also announced $250M of spending to fast-track the maintenance of public assets, including social housing and fencing, as well as $500M to bring forward capital works and maintenance. Reserve Bank of Australia – Interest rates, business lending and mortgages
After cutting official rates by 0.25 of a per cent several weeks ago, the Reserve Bank of Australia on Thursday (March 19) cut rates by another 0.25 of a per cent to a historical low of just 0.25 per cent.
It is expected that all the major banks will pass on these cuts in full to their borrowers.
This means that many (variable) home mortgage rates will fall to between 2.0 and 2.5 per cent, which is expected to provide significant relief to household disposable income.
The cut was accompanied by purchases of Government bonds (quantitative easing), targeting yields on 3- and 4-year Government bonds of 0.25 per cent.
In addition, the RBA announced it will also establish a term funding facility of at least $90B to support the banks to continue to provide credit to small and medium sized businesses as well as working with businesses to defer repayments, restructure loans and support those that have been impacted.
In his announcement to the market, RBA Governor, Phil Lowe, emphasised that the Reserve Bank is working closely with the other financial regulators and the Australian Government to help ensure that Australia’s financial markets continue to operate effectively and that credit is available to households and businesses.

Local Health District is as prepared as humanly possible