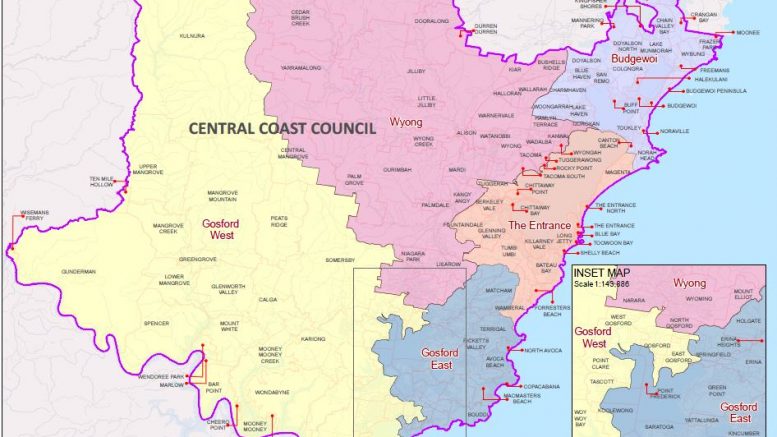 The fair spread of spending across all five wards will be a focus of Central Coast Council as it prepares its draft budget for the next financial year.

The word fair replaced the word equitable which was in the original motion from councillors Greg Best and Bruce McLachlan.

It got changed after Deputy Mayor Jane Smith and Cr Louise Greenaway asked for a definition of what “equitable” would mean for the wards.
Cr Troy Marquart called it a silly motion and apologised to his two “bang up councillors” for not supporting the idea.

He said it could be a bit of grandstanding from Cr Best.
Cr Jilly Pilon said she could not support it either as some wards needed more projects than others.

Cr Smith asked Cr McLachlan if equitable meant that if a breakwall was built at The Entrance, costing about $46M, would that mean The Entrance didn’t get any work done on roads, because if he wanted an equitable spend, surely spending money on a breakwall would mean no other money was spent in the ward for a couple of years.

Cr Greg Best said some regional projects were skewing the numbers.
He couldn’t see how a “regional” library at Gosford was going to benefit his ward. Cr Vincent said he would attempt to explain “equitable”.

He said a waste facility, for example, was a regional project and a breakwall at The Entrance would affect three wards so he wouldn’t expect The Entrance ward to have to pay.

“But what I am seeing is Gosford West ward getting more,” he said.
“We have a gerrymander; nine voting councillors in the Gosford area and six in the north.

“What Gosford councillor is going to commit political suicide by saying don’t spend money in our area?” he asked.

“But we in the north can say we want it fairer.”

Cr Smith stepped in with a change of wording, asking the movers of the motion if they would accept the words that the CEO provides options for the budget with fair spending across the wards, taking into account regional projects.

Councillors Best and McLachlan accepted the change of wording.
Only Councillors Pilon, Marquart, Greenaway and Chris Burke voted against it.