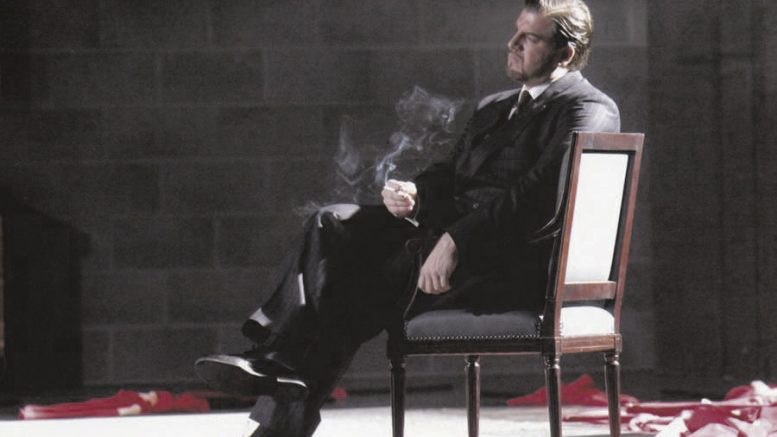 Bass baritone David Sumegi will perform at Opera in the Arboretum

The Rotary Club of Woy Woy’s Opera in the Arboretum will return to the Pearl Beach Arboretum for its 15th year from 3pm to 5:30pm on March 28.

Woy Woy Rotary publicity officer Mr Vic Deeble said the club was pleased that bass baritone Daniel Sumegi has agreed to perform at this year’s event.
“Based in New York, Daniel is touring Asia and Australia in 2020 and will be performing with Opera Australia this year.
“Opera in the Arboretum is excited to have secured Daniel in his busy touring schedule,” Mr Deeble said.
Joining him will be Opera Australia soprano Julie Lee Goodwin, who has recently performed in Opera on the Harbour’s West Side Story, La Boheme and the premier of Whitley by Elena Kats-Chernin.
Helpmann Award winning mezzo soprano, Jacqueline Dark, known for her role as Mother Abbess in the Sound of Music, and tenors John Longmuir will also appear.
Pianist for the day would be Francis Greep.
Mr Deeble said this year’s program featured a romantic range of opera favourites including the Pearl Fisher Duet, Lakme Flower Duet, Nessun Dorma, Chi Bel Sogno and Mascagni’s Intermezzo as well as new music from the Opera Whitley and highlights from Westside Story.
Central Coast Grammar School cellist Sebastien Hibbard del Rosario will also perform.
“Sebastien has been invited to audition for the prestigious Julliard School of Music in New York.
“He will play a piece of unaccompanied Bach, and Piazzolla’s Oblivion performed with the Central Coast Chamber Orchestra under the baton of Patrick Brennan,” Mr Deeble said.
Mr Deeble said Opera in the Arboretum was a Rotary charity event.

Opera in the Arboretum will run from 3pm to 5:30pm. Tickets are essential.