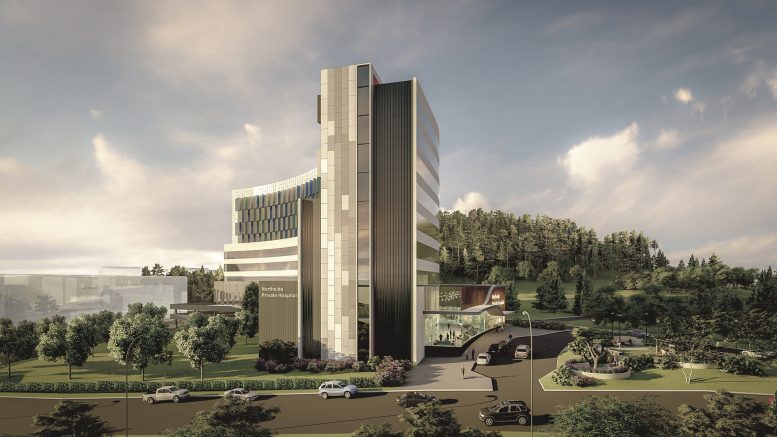 A $350M private hospital complex planned for Racecourse Rd, Gosford, is a step closer, after the proponent lodged an Environmental Impact Statement (EIS) with the NSW Planning Department this week.

The joint project by AA Crown Holdings and Northside Group, the Northside Private Hospital and medical precinct is being assessed as a State Significant Development, with the Planning Department set to announce an exhibition period for the EIS in coming weeks.
The project was first mooted in early 2019, when the Northside Group, comprising developers, Commercial HQ and the Gibbens Group, announced plans for a world class medical facility.
Gibbens Group CEO, Matthew Gibbens, said at the time tha the development, on the 3.1HA former Ausgrid site, would include: 14 state of the art operating theatres; 224 inpatient beds; an intensive care unit; a radiology department; food and retail tenancies; a pathology centre; a pharmacy; physiotherapy and rehabilitation clinics; a geriatric unit; and, a mental health unit.
Possible inclusions also include a nursing home and an on-site car park.
The project team includes development manager Colliers International, project manager Donald Cant Watts Corke, and architects, Health Project International.
A Colliers International representative said the project would employ around 2,200 people during the construction phase, with upwards of 460 permanent jobs to be generated once it opened.
The hospital itself, if approved, is expected to be completed by 2022, with the rest of the precinct to be added behind it, to the west of Gosford Hospital.