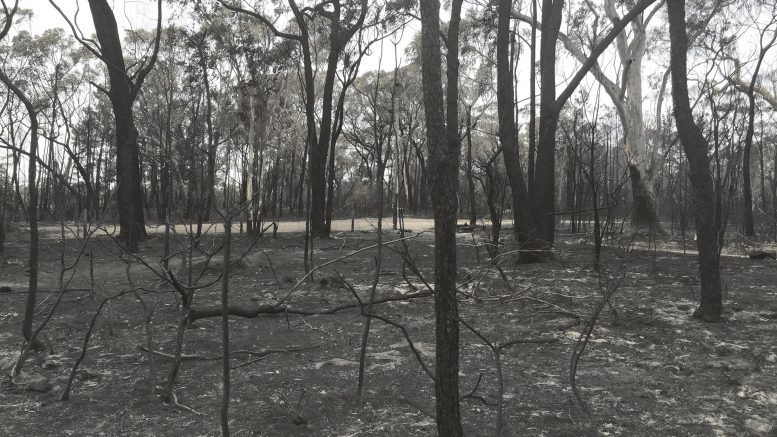 As debate continues to rage around factors contributing to the bush fires which posed a huge threat to the Central Coast in the months leading up to Christmas, The Greens have hit back against suggestions that the party’s policy on hazard reduction burns was somehow to blame.

Central Coast Greens’ member, Cath Connor, said The Greens supported hazard reduction management guided by the best expert advice.
“After the recent devasting bushfire season, some commentators have blamed The Greens for a lack of hazard reduction burns to prevent bushfires,” Connor said.
“The Greens, however, back the statements of senior bushfire professionals that hazard reduction has become more difficult due to longer, hotter and drier conditions leading to fewer safe periods for hazard reduction burns.
“The unprecedented nature of these fires is linked to climate change which has increased the dryness of the fuel load.”
Another Central Coast Greens’ member, and nominee candidate for Budgewoi Ward in the forthcoming Central Coast Council elections, Sue Wynn, said “the government was warned years ago, yet no steps were taken to prepare.
“As a Greens councillor on the former Wyong Council, I was involved with the committee for managing fire risk alongside the rural fire service,” Wynn said.
“In another committee, of which I was also a member, a CSIRO report predicted the current climate fuelled fire season,” she said.
Connor said that Australia’s Bureau of Meteorology had presented findings concluding that 2019 was our hottest year ever, with the mean temperature at 1.52 degrees Celsius above average.
“Australia’s national average rainfall was just 277mm, the lowest ever recorded,” she said.
Connor said the government had shown an appalling lack of leadership.
“They took no steps to prepare for or mitigate the extreme bushfire season that they were warned we would face.
“Instead, the blame shifting game (it’s The Greens’ fault) is being pushed as hard as it can be.
“This is despite all the accurate information presented by people like the RFS Chief and CSIRO scientists.
“With a large number of our homes close to or in bushland areas of the Central Coast, there is more we can do to address the bushfire threat, the most urgent being to act on climate change.
“In addition, the Central Coast Greens call on the government to adequately fund rangers to conduct hazard reduction and to create a National Disaster Response Unit.”
Connor said that if elected to Central Coast Council, The Greens would work hard to improve local responses and preparation for catastrophic bushfire conditions.