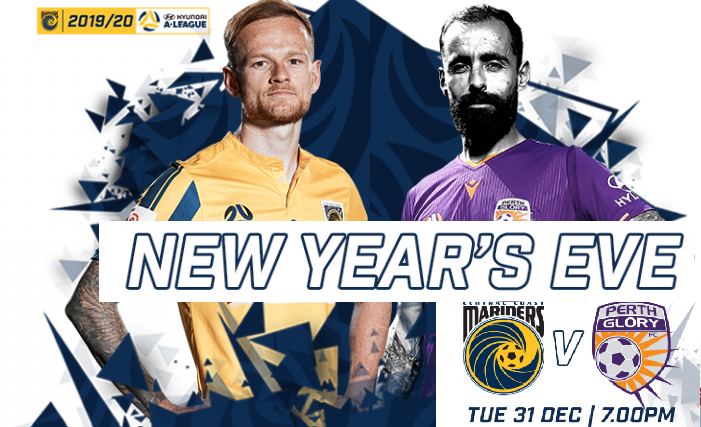 The Central Coast Mariners are building on their family and community commitments by encouraging as many local families as possible to their traditional New Year’s Eve home game at Central Coast Stadium in Gosford.

The New Years Eve fixture will see the Mariners host Perth Glory and up to four children aged Under-16 can attend with an adult who has purchased a ticket.

Tuesday’s game against Perth Glory will undoubtedly be a hard fought match as the visitors will be looking to avenge their shock loss to the Mariners in Perth earlier in the season.

The New Year’s Eve game has been a highlight in the Mariners calendar for over a decade. The concept was dropped in 2015 for a couple of years, though made a comeback in 2017 by popular demand.

A 9.15pm fireworks display, put on by Central Coast Council over the water right after the game always adds to the appeal.

Attendees should note that the waterfront road, Dane Drive will be closed for the public event, music and food stalls from 3pm.