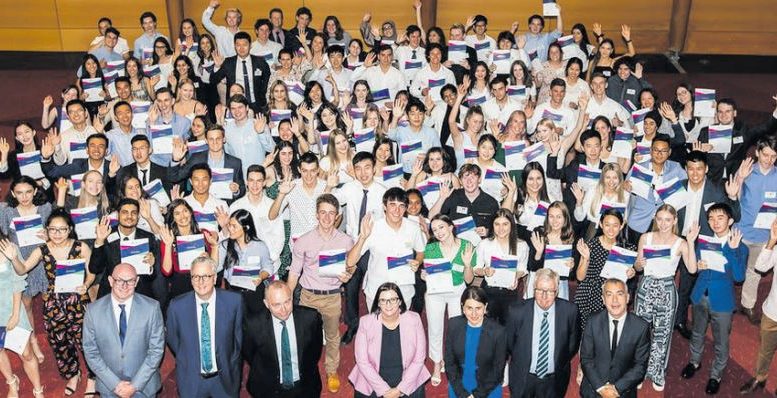 Some of the Coast's high achieving HSC students in 2019.

The 2019 HSC results are in and students across the Central Coast have performed exceptionally well.

The Coast’s Selective High School, Gosford High School, was by far and away the Coast’s most successful school, recording 263 Band 6 results, with two students also making the coveted First in Course merit list, Olivia Russell for French Beginners and Patrick Fang for Mathematics.

The NSW Government’s Education Standards Authority released the 2019 merit lists on December 17, with students across the Coast waking up to their results that morning.

The Coast had a large number of students featured on this year’s Honour Roll.

Top Achievers are, by definition, some of the highest scoring students in the state. They are students who achieved one of the highest possible results in their exams and a subsequent state ranking in their course out of the maximum allowed candidature which varies from course to course.

Distinguished Achievers are the students who achieved a result in the highest bracket (Band 6 or Band E4) for one or more of their courses. A comprehensive list of all students named to the 2019 Distinguished Achievers List from high schools in the former Gosford LGA, listed by surname in alphabetical order, is far too lengthy to be published here, but can be seen on our website’s education news section coastcommunitynews.com.au