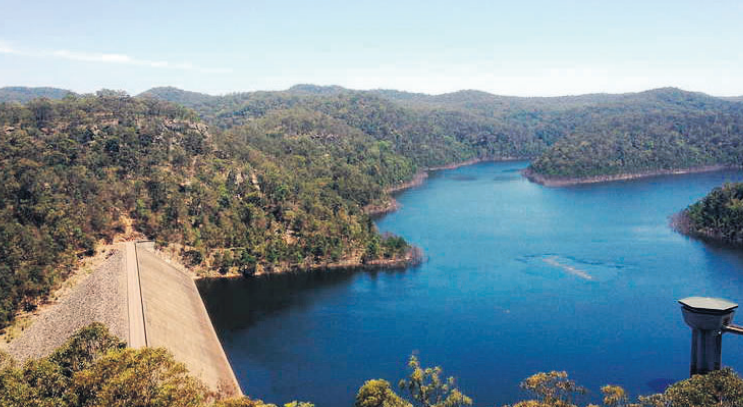 A motion to move the region directly to level 2 water restrictions once the level at Mangrove Creek Dam drops to 50% was defeated at the Central Coast Council meeting on November 11, after debate on the proposal “morphed into” a discussion about a desalination plant for the region, Mayor, Lisa Matthews, said.

Councillor Greg Best’s motion, which has been deferred several times since it was first mooted in September, called for a move straight to Level 2 restrictions, rather than the Level 1 restrictions previously approved by Council.

The dam level was sitting at 53.8% on November 12, with levels monitored each Monday. “The simple metrics of the situation are that if we do not act now on conserving our dwindling water supply, the Central Coast, like many other towns and cities, will be out of water in four years, ” Clr Best said.

“Unfortunately, there are few in this Council who remember the near disaster we dodged during the last drought and much of that, with hindsight, can be attributed to inaction.

“To go directly to Level 2 restrictions will have a minimal effect on day to day life while saving 10% of our consumption. “This could put months, if not more than a year, of dam time life back in to the equation.

“Running out of drinking water is simply just not an option. ” But another part of Clr Best’s motion, which commented on a desalination plant mooted for Lakes Beach, took debate off on another tangent.

Councillor Kyle MacGregor said thought must be given to all the projects which would have to be cut back to fund a desalination plant.

“This motion is not about water restrictions, it’s about imposing a desal plant on Lakes Beach, which I don’t think is appropriate, ” he said. He said he would vote for a “more tangible” motion. Councillor Chris Holstein said a recent briefing by council staff on the water situation attended by only 10 of the 15 councillors, gave a “great” overview.

“It took us 12 years to get down to 10 or 13% last time from where we are now, ” he said. “We shouldn’t scare residents, but congratulate them on how they are saving water. ” Councillor Doug Vincent mooted the idea that if a desalination plant was necessary in the future, it should be leased.

But Mayor, Lisa Matthews, said while the option of looking into a desalination plant was included in Council’s Water Strategy, there would have to be a lot more discussion around the siting and logistics of such a move.

“The debate got into the arjy barjy of yesteryear, ” she said. “We have already been briefed by staff on the situation and we have already made the decision to introduce Level 1 restrictions when the dam drops to 50%, previously that level had been set at 40%. “The majority of councillors believe that it is not necessary to move straight to Level 2 restrictions. ” Councillors also decided that the subject of trigger levels should be referred to the Water Advisory committee for further consideration.