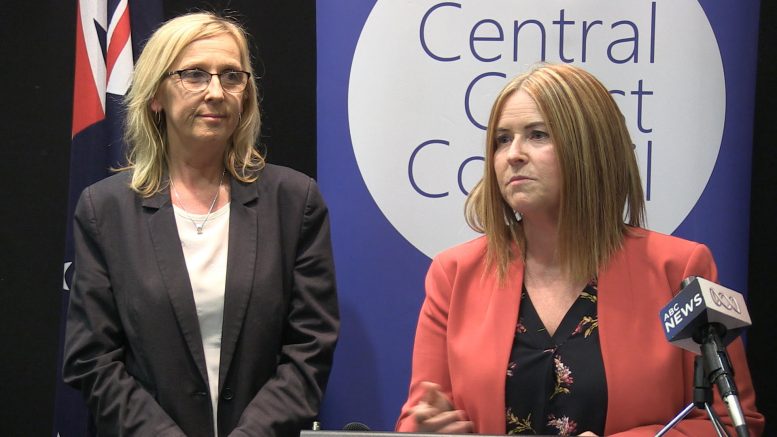 [New Mayor] The Central Coast Council last night elected Lisa Matthews as the new Mayor for the next 12 months. In what appeared to be a predetermined outcome, the ALP-backed Matthews won the ballot 8 votes to 6 over LNP Councillor Chris Burke.

In a surprise to many, the incumbent Mayor Jane Smith did not seek re-election and voted in favour of Matthews. Smith was then elected as Deputy Mayor, securing the votes of all ALP-backed Councillors to win 8 votes to 5 over Chris Burke and 2 for incumbent Deputy Mayor Chris Holstein.

In a short press interview after the ballot, Matthews said she was both nervous and excited to take on the role. She said her primary focus would be on the general Council elections in 12 months as well as securing funds for important projects for the Coast, identifying the new Performing Arts Centre as one of Councils priorities.

The new Mayor was complimentary of outgoing Mayor Jane Smith’s achievement in her time in office, noting that the amalgamation of the Gosford and Wyong Council had presented many significant challenges over the past two years.

She did say however, that she would bring a different style, engage more broadly with all parts of the community and try to keep a steady ship, including digging some soil on things already in Councils plans.