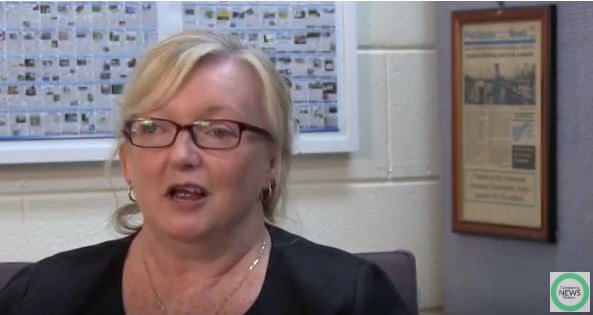 Veteran reporter Jackie Pearson talks about the future of media and her time at Central Coast Newspapers.

Jackie Pearson is a self confessed “print dinosaur who has ridden the digital wave”.

On the eve of her departure for the next phase of her career the former Central Coast Newspapers’ reporter recorded her final video interview on current and future trends in print journalism and this time time, she was on the receiving end of the questions posed by videographer, Dave Abrahams.

Pearson reflected on the 32 video interviews she had completed in her role with Central Coast Newspapers.

“I love face to face interviewing and these videos are a great opportunity for high profile people in our community to be themselves” She said.

Creighton’s Garage at risk of being sacrificed – Tenants