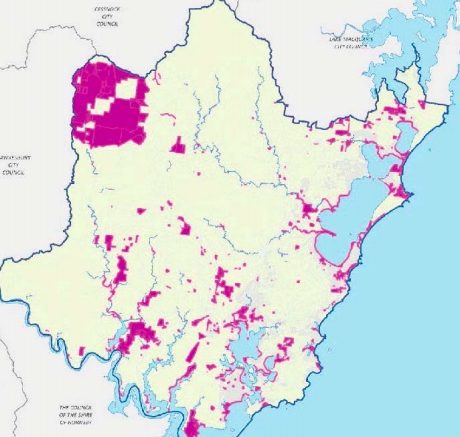 A map of all Crown Land in the Central Coast Local Government Area shown in purple. Archive 2018

Member for Gosford Ms Liesl Tesch says that, after months of asking, she has been unsuccessful in getting a list of local Crown Land from the NSW Government.

Ms Tesch said that she had been attempting to get a list for more than a year, well before the Central Coast Crown Land Alliance asked her to request a list of local Crown Land. “In July last year, I was told that such a list would require extensive investigation,” she said. “In November, I was told that there were 485 lots and that Central Coast Council was the manager of 52 of those reserves but no details despite my requests. “Just this week, I have been told by the Parliamentary Library that it will be difficult to get a list as there are 1400 parcels of Crown Land. “I’ve asked, but I’ve not received.

Ms Tesch said she welcomed the community’s focus on Crown Land and the work done to reveal details of the sell-off of local community assets. “The Sporties development has revealed just one case of the likely many that exist of this Liberal Government underhandedly selling off our Crown Land,’ Ms Tesch said. “This is a government that wants to shut down Crown Land and shift all assets they can’t sell off to the highest bidder to Councils or other Government agencies,” she said. Ms Tesch said she was told to visit https://minview.geoscience. nsw.gov.au and apply the “Crown Lands” map layer to view the relevant parcels across the Peninsula. She said she encouraged local community members to also check out the site as she continued her efforts to get specific details from the government.

“Crown Lands have been neglected by the State Government’s whose own Auditor General released a scathing report into the administration of Crown Land in New South Wales, saying the ‘management of the sale and lease of Crown land is not effective because oversight of decision-making is inadequate and community involvement is limited’. “This is a government that can’t be trusted on Crown Lands, hasn’t been transparent, and has taken advantage of loopholes and misdirection to serve up profits and land deals for their mates.”