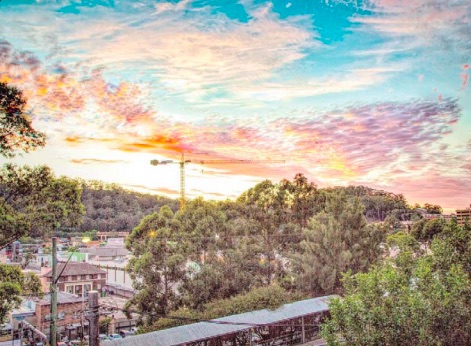 The revitalisation of Gosford City Centre as the vibrant, liveable capital of the Central Coast, reached another milestone on Thursday, August 16, with the release of the draft Development Control Plan (DCP) for the community to view and comment on.

The draft DCP will be on public exhibition until 5:00pm, Thursday, September 13. The draft DCP and details on how to make a submission on it are available at planning. www.planning.nsw.gov.au/gogosford. All comments and feedback will be considered in the drafting of a final DCP that will be released in a package of Gosford City Centre development controls that will also include the finalised SEPP and Special Infrastructure Contribution, in October. Central Coast Council Mayor, Jane Smith, said although Council did not expect a detailed response from the NSW Department of Planning on its submission to the UDIF, she did expect the DCP to be made public before the State Environmental Planning Policy (SEPP) covering the CBD was introduced.

The release of the DCP for public comment satisfies at least that Council request. According to the NSW Government announcement of the draft DCP: “The designated development of a city linked seamlessly to its natural environment, with quality connected and activated parks, streets, buildings and amenities for people to enjoy, are key features of the DCP. “In crafting the controls, care was taken to ensure development protects sunlight access to key public places by lifting the level of protection from the purely subjective control that applies now, to a measurable performance standard. “Another key objective is protecting views of the surrounding bushland and Brisbane Water, in keeping with feedback from the community. “The draft DCP provides the detailed objectives and controls to support the proposed Gosford City Centre State Environmental Planning Policy (SEPP), to ensure all development is consistent with the NSW Government Architect’s place-based recommendations for the city.”

Coordinator General for the Central Coast, Lee Shearer, called the DCP “a blueprint to ensure design excellence is at the heart of Gosford City Centre’s revitalisation”. “The DCP prescribes how the balance will be struck between quality development and environmental outcomes of a city finally fulfilling its destiny as a regional capital, and a great place to live, work, visit and do business,” Shearer said. “The development controls are streamlined, flexible and efficient, to optimise the right kind of development and investment in the core of the city centre.”

The draft DCP covers the entire city centre, with the new controls focusing on its core to align with the Government Architect’s place-based recommendations that the community fed back on. The draft DCP also includes controls for residential and business areas to the north, west and south of the City Centre, and includes measures to cater for specific types of development in these areas. The controls for these areas, and matters such as advertising notification and heritage, largely replicate what is in the existing development control plan, according to the NSW Government announcement.

“The Central Coast community had its say on the draft SEPP and Government Architect recommendations earlier this year, and the Department of Planning and Environment has considered this feedback closely in the creation of the draft DCP. “People now have another opportunity to view the detailed planning controls that will shape their regional capital, and tell us what they think,” Ms Shearer said. The Government Architect’s final recommendations for the Gosford City Centre Urban Design Implementation Framework will also be released in coming weeks.