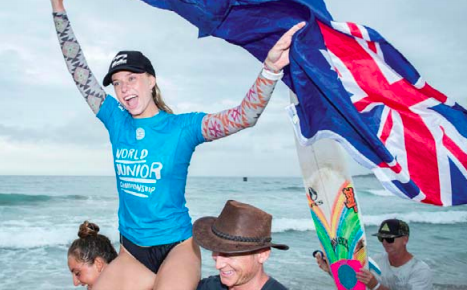 Promising professional surfers from all over the world will be congregating at Avoca Beach from March 7 to 11, for the final event of the NSW Pro Surf Series.

This event will see over 200 elite male and female surfers competing, with over 18 different countries being represented across both divisions. The NSW Pro Surf Series was developed for Australian and international surfers to gain ranking points and prize money on the WSL Qualifying Series. The Series also creates a NSW coastal road trip for all to explore the variety of waves, visit local communities and enjoy NSW surfing culture. The 2018 NSW Pro Surf Series will be proudly supported by the NSW Government through its tourism and major events agency, Destination NSW as well as a number of councils and other organisations. Avoca locals, Wade Carmichael and Macy Callaghan, were second and first in their divisions respectively in the 2017 NSW leaderboard and will be looking to make the top 10 again in the 2018 series.