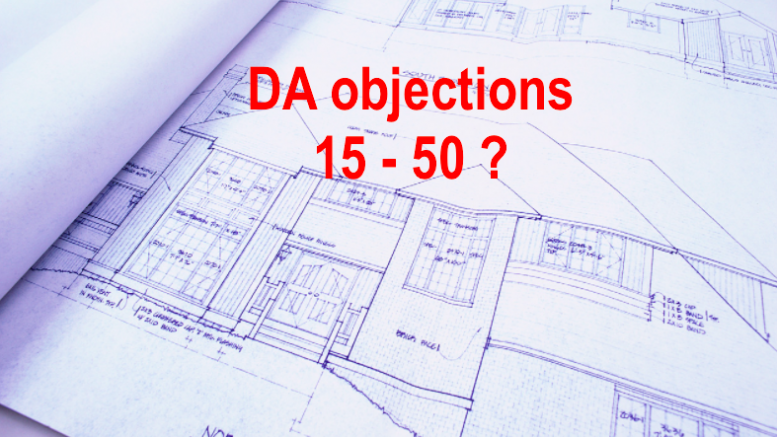 How many objections to a DA should there be before being presented to Central Coast council?

Central Coast Council has changed its mind about allowing a lower number of submissions on planning applications to trigger them being placed before a council meeting.

In December, the council decided to reduce the number of submissions needed for a DA to be referred to a Council meeting from 50 to 15. Now, just two months later, the Council has changed the number back to 50. The Council will, nevertheless, continue to explore the possibility of reducing the number, including engaging in the public consultation.

The Council resolved to “recognise that deliberation of DA matters that come to Council meetings is a core role of an elected councillor and that it recognises the need for transparency and the benefits of continually refining the public consultation process”. It resolved to “explore all options that will optimise the public DA Review Process”. It also “reaffirmed the importance of consultation with staff prior to any major variations to key policies and procedures particularly those affecting operational activities”.

The rescission motion, changing the number back to 50, was lodged by councillors Best, Pilon, Marquart, McLachlan and Gale Collins. The former Gosford Council had a policy of referring all development applications to a Council meeting if they were the subject of six or more submissions. The former Wyong Council required 100 submissions before a DA was referred to a Council meeting.

Whilst under administration, the policy for Central Coast Council was set at 50 substantive objections before a development matter could be referred to a Council meeting. Several councillors at the February meeting noted that any item can be placed on a meeting agenda if it is supported by two or more councillors.