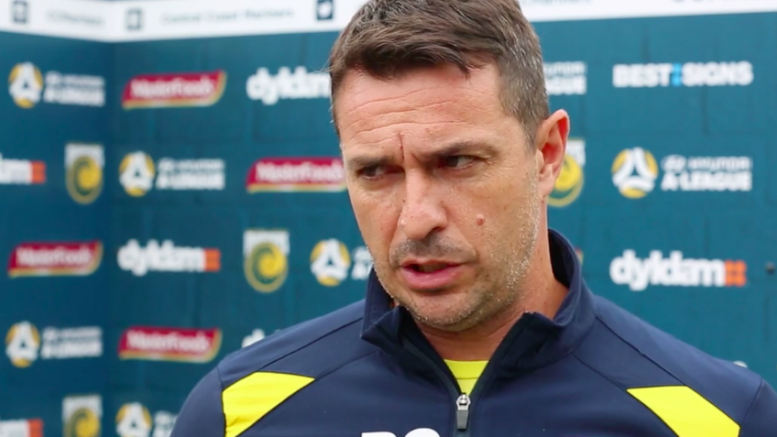 A cautious Paul Okon is looking for more bravery from his team.

The Central Coast Mariners coach Paul Okon has a plan for his team. He’s looking for renewed qualities from a team that has won more praise for their beautiful football style than table points so far this season.

During his customary pre-match interview Okon said he expected the players to be “a bit more ruthless, a bit more brave”. Something that will undoubtedly please local fans ahead of the traditional New Year’s Eve game at Central Coast Stadium on Gosford’s foreshore park.

The unusual fixture has become a much loved celebration with local football families across the greater region.

Gosford foreshore comes alive with music and food markets before the game and an normally impressive fireworks display right after the game at 9.15pm. The game kicks off at 7pm.

The Mariners play a dangerously ailing Wellington Phoenix on the last day of the year, a year that has bought new hope to the Mariners after a couple of uncomfortably poor seasons.

Though Okon warned that he had tough selection decisions to make for the Phoenix game and the flurry of games that the team will play during January. “Not everyone will get to play all the minutes they want” said Okon.

Improved second half not enough for Mariners against Victory