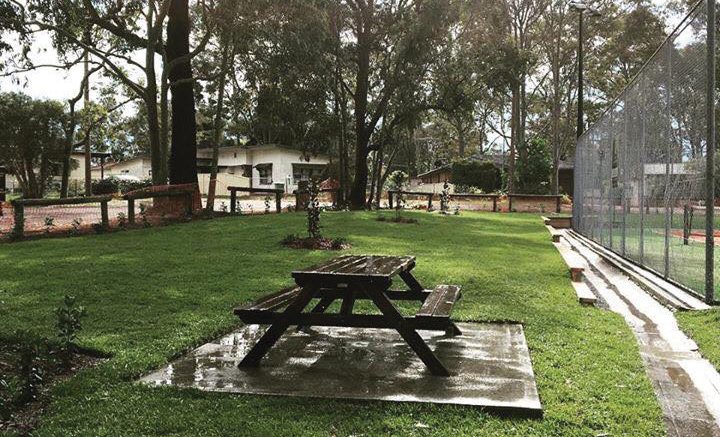 The association has improved facilities at the centre

The latest community organisation to find itself stuck in funding limbo due to inaction by Central Coast Council, is the Charmhaven Tennis Centre.
Spokesperson for the Centre, Mr Brett Beven, said it was formerly operated as a 355 Committee of Wyong Council, but a community association was formed two years ago that has taken over its management.
Prior to the 2016 Federal Election, the Liberal Member for Dobell, Ms Karen McNamara, secured $200,000 Commonwealth Government funding to build a new clubhouse at the centre.
“We met all the conditions, but the lease period needed to be for more than five years,” Mr Beven said.
“We started negotiating our lease extension with Central Coast Council in February, to run until October 1, 2025, but it has now been nine months, and Council hasn’t progressed the matter,” he said.
“We will not get the funding released to us until the lease has been fixed, but now Council is saying that there needs to be a period of 28 days’ public exhibition for a lease over five years.
“If that’s the rule, I don’t have a problem with it, but it wasn’t picked up for eight months and it still hasn’t been advertised.
“The last time I asked where it was up to, I was told the draft notice was with management and my requests for information from the Director, Mr Mike Dowling, have been ignored.
“Some of the departments within Council have been great to deal with,” he added.
According to Mr Beven, the tennis centre has grown to be the biggest not-for-profit tennis centre on the Coast, and the third largest in the State, with 180 active students and a total membership of 468.
“In the past two years, we have fully funded, independent from Council: $36,000 for upgrading the internals of the existing clubhouse; $25,000 for a new court surface; $24,000 for new landscaping; and $7,000 for building a new path,” he said.
“Council has invested $38,000 in this centre since 1960, and we have spent $168,000 in two years,” he said.
Wyong Regional Chronicle has asked Central Coast Council to respond.