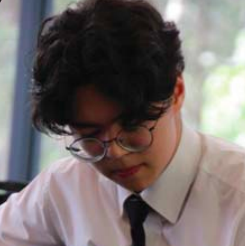 Teenager, Mr Min Ahn, has become successful in gaining $5,000 worth of scholarships, after achieving a first place win at the Central Coast Conservatorium’s Allen Family Scholarship Finals, on Sunday, November 19.
Min won a variety of awards including the Pearl Beach Progress Association Senior Scholarship, People’s Choice Award, the CC Conservatorium Jazz Scholarship and a Bouddi Foundation for the Arts Award.
Min displays amazing skills as a freestyle jazz guitarist and his performance at the Allen Family Finals was a stand out on technical precision and depth of emotion.
Adjudicator, Mr Adam Manning, the Conservatorium Coordinator at Newcastle Conservatorium, said he felt that Min was lost in the music, and that this had a similar effect on the audience.
Min will use his winnings to explore a greater variety of music styles and continue with one-to-one lessons at the Conservatorium, where he is tutored and mentored by Head of Guitar Department, Dr Guy Strazz.
Min’s father, Mr Hongki Ahn, expressed his gratitude, saying “It has always been an absolute joy to watch my son, Min, grow from baby to boy, and boy to mature student.
“For the past 2 years, I have also had the tremendous privilege to witness my son grow as a musician.
“One of the best things that ever happened in his life was undoubtedly expanding his music career through the guidance of the Central Coast Conservatorium,” Mr Ahn said.
“These achievements are very important stepping stones for his future, and we know that he will continue on his journey of the indefinite music world,” Mr Ahn said.
Congratulations must also go to Bradley Tham (Violin) and Aaron Carey (Piano), who took home second and third prizes respectively in the Allen Family Finals, after they both gave stunning performances and made the adjudicator’s job very difficult.
The event included presentations to over 50 Conservatorium students who received a range of scholarships, and students who were successful in their Australian Music Examination Board examinations this year.