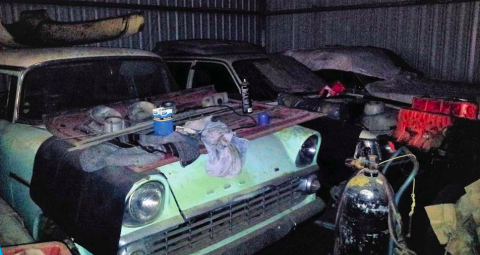 Image of the garage where valuable old Holden parts have been stolen.

Police are appealing for public assistance after more than $500,000 worth of car parts were stolen during a break and enter at a property in Fountaindale.

Police have been told that a shed at a property in Fountaindale had been forced open between 1:00pm on Tuesday, August 15, and 1:00pm on Tuesday, September 12, 11 vintage Holden vehicles, predominantly from the 1960s and 1970s, had been stripped and car parts stolen. Items stolen, which included doors, boots, bonnets, exhaust and bumpers, were believed to be worth more than $500,000. Offi cers attached to Tuggerah Lakes Local Area Command commenced an investigation. Anyone with information has been urged to come forward.

Do you know this person?

Thank you to all the good, honest people out there

News, On the Beat, Regional