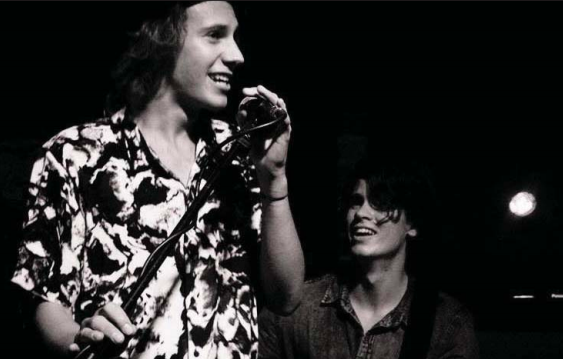 The Brackets and Jam south crew will present another night of superb music, food and friendly company on top of our Kincumba Mountain on Friday, December 1.
The line-up for the event features Woodie McClean, The Wondermen and Stormcellar, along with the traditional first and second drum jam sessions.
Opening the night at 7:30pm, singer-songwriter Woodie McClean brings his acoustic guitar and smooth vocals to the mountain in an homage to soulful artists such as Bill Withers, Donny Hathaway and Marvin Gaye.
McClean weaves together soul, blues, jazz and folk to create his unique sound and tone.
The Wondermen kicked off in 2016 and are a project from the group previously known as Rocwater.
Paul Eagle joins friends and Rocwater members: Duane Marnell, Andy Felton and David Traina, solidifying the strong chemistry amongst the band members and delivering audiences a diverse taste of soul, rock, blues and alternate-country.
The Wondermen pack a style of Blues-Rock-Soul Alt-Country with splashes of Motown and warm harmonies thrown in the mix.
The first drum jam is next up at 9:15pm, followed by Stormcellar at 9:30pm.
Stormcellar are one of Australia’s most original roots bands, writing music that fuses traditional 20th century styles with modern themes and sounds.
Stormcellar’s 9th album, ‘Defiance’, has just been released, marking the conclusion of a three part writing and recording project that has taken them from the mid-west of rural NSW, to the Mid West and East Coast of the USA, in search of the shared myth that connects Celtic, Folks, Roots, Blues, Country and Rock.
‘Defiance’ is the third album in their ‘Mid West Triptych,’ a three part concept recorded over the last four years in Australia and the US, the first two albums from which have already achieved a degree of critical acclaim.