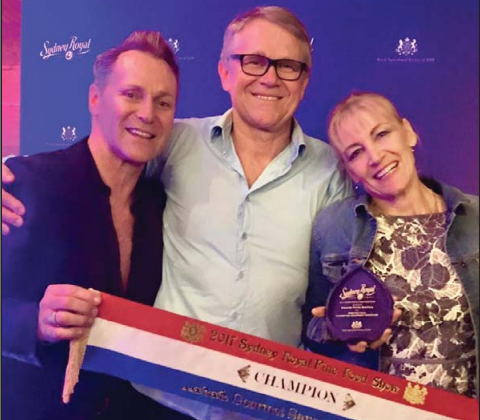 A Woy Woy family butchery has been awarded the Champion of Deli Meats at the Royal Agricultural Society of NSW’s prestigious Taste of Excellence Awards held at Sydney Showground, Sydney Olympic Park.

Edwards Family Butchery won for their Chilli Con Carne entry in the Champion Gourmet Sausage Class through their Woy Woy premises. The Edwards family had in previous years won a silver and bronze medal in the same competition, but had never been declared Champion. The Edwards family’s links to the meat industry stretch back to the early 1900s and the then 12-year-old apprentice butcher Jack Edwards. The family later famously established shops across Sydney’s North Shore, Round Corner in northwest Sydney and now the Peninsula.

Mr Mark Edwards said he had been making the chilli con carne fat sausage for about 18 months and it had proven quite popular. It was even more popular following the announcement of the Champion win on Friday, September 22. Mr Edwards said he had run out of the winning sausage at both the Woy Woy Peninsula Plaza shop and the East Gosford shop. He said he was defi nitely a sausage specialist, having distributed his sausages wholesale throughout Sydney in the early 2000s. “A chef from the Fine Food Fair asked for 15 kg and then we received a letter saying it would be advantageous for us to attend the gala announcement.” Mr Edwards has been butchering for over 40 years, following in the footsteps of his father and grandfather. His two sons now work in the business.