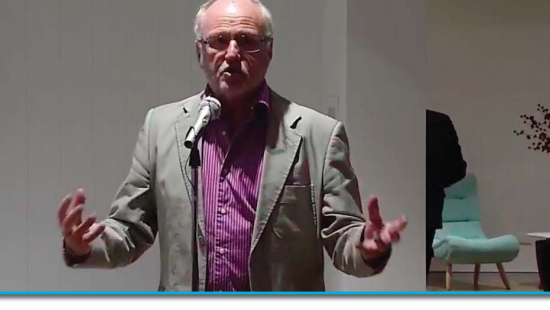 A recent Smart Cities Intelligent Communities Forum held at the Nexus Business Hub, North Wyong, examined how the Central Coast could become one of the most successful regions in the country for future industries, new transport solutions, new employment and healthy lifestyles.

Key note speaker at the forum was Mr Paul Budde, an international expert on smart cities and telecommunications. Mr Budde has advised over 20 cities and regions worldwide on how to leverage their strengths to deliver prosperity for their citizens. He appealed to the many prospective council candidates that attended to get up to speed and champion a smart region agenda for the Central Coast. “Cities and regions need smart leaders if they want to enjoy the wealth and wellbeing that the new era is creating,” Mr Budde said. “It’s no longer good enough to look to Federal and State Governments for the answers, they are too removed,” he said. “Local regions need to lead this movement, they need to ‘Get Smart’.” Gosford-based CC Start It Inc organised the forum. CC Start It President, Mr David Abrahams, said he stressed the importance of the smart cities movement on the night. “Great futures await regions and cities that aspire to embrace the future,” Mr Abrahams said.

“I am very impressed that so many professional people, prospective local councillors and key council staff attended the event,” he said. “It’s time that the region stood up and asserted itself and a new council could do this in a smart way.” Mr Abrahams said that it was essential for the new Council to, as soon as possible, commission a Smart cities strategy to match those of Lake Macquarie, Newcastle and the Greater Sydney Commission. “Lake Macquarie, Newcastle and the Greater Sydney Commission have all come a long way down the track and there is State and Federal funding allocated already in response to their strategies,” Mr Abrahams said. He said there was a danger that the Central Coast could miss out on opportunities to be part of the Sydney-to-Newcastle Smart Cities Axis if the new Council did not act swiftly to develop a strategy. “The previous councils didn’t take it seriously,” he said. Central Coast Start It Inc is the region’s new innovation industry association and the forum was supported by Central Coast Council.