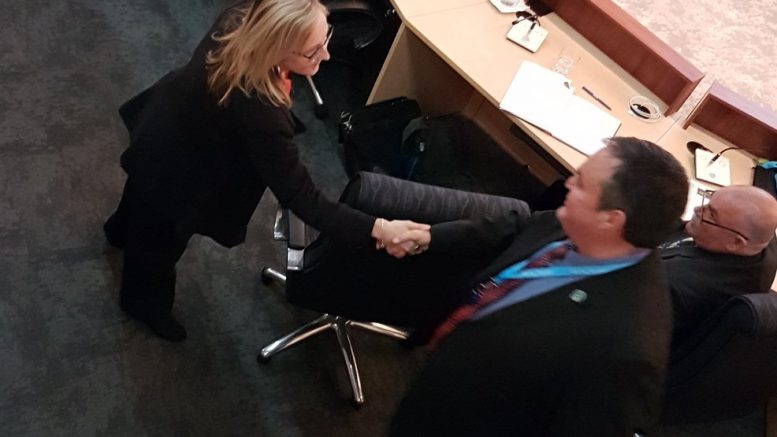 Independent councillor Jane Smith has been elected the Mayor of the new Central Coast Council this evening in a close contest with councillor Doug Vincent of the Labor party.

In many ways this has split the council denying the Labor Party a leadership position in council despite being the largest group. Former Liberal MP, now independent Chris Holstein has been elected the Deputy Mayor with support from the Liberal Party, former Wyong councillor Greg Best and Mayor Jane Smith.

Full rundown of what this means in this week’s Wyong Chronicle.