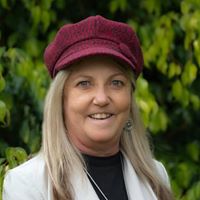 Ms Julie Watson, a resident of The Entrance, has decided to run for Central Coast Council as an independent. Ms Watson said she has lived on the Central Coast for 27 years, 26 of those in Toukley, but now owns her own home at The Entrance.

“I’ve been a ratepayer; I’ve been a renter; I’ve owned and run several small businesses, and I have been on numerous sporting committees and boards,” Ms Watson said. “I was on the board for the Child Abuse Prevention Service, the Vice President of the New South Wales Federation of Camera Clubs, and I’m currently the Secretary of the Executive Committee of the Interior Plantscape Association of Australia and New Zealand. “I was the first-ever female Rotarian at Wyong Rotary Club. “Over 21 years ago, my Dad donated his kidney to me,” Ms Watson said.

“I spent five years on dialysis and during that time, I ran a beauty consulting business. “I had over 35 admissions to hospital at Royal Prince Alfred. “I’ve given myself over 2,000 intravenous needles, had over 300 stitches and had many setbacks, but continued to run my business. “I am in constant contact with my renal specialist. Professor Simon Roger, head of Renal Medicine at Gosford Hospital, so when it comes to doctors, nurses, medication and our hospitals, I get it. “Now, I’m full of energy, I’m healthy and I’m motivated,” she said.

Professor Roger said: “During my 25 years of practice, I’ve seen many patients with chronic illness. “Julie stands out with her refusal to let her medical situation get in the way of an active life. “She is always positive and upbeat and has a way about her that makes others join in her quests. “Although she had many setbacks in the early days of her illness, she has maintained the same positive mental attitude throughout. “Nothing seems to get in her way. “She is only too happy to talk openly with her work colleagues, friends and others who might gain from having someone who has empathy for them or can make them feel more at ease with their own situation and promoting organ donation. “She is quite remarkable,” he said. Ms Watson said she now works as a marketing consultant at Somersby.

“I’ve brought up a family on the Coast where my son went to Toukley Public School and Gorokan High School, and is now a Major in the Australian Army,” she said “I am committed to my own professional development on local council matters and communicating with residents and local business owners to see what’s important to them. “I am just as comfortable sharing a beer with you at the pub, as I am chairing conferences or in the boardroom. “People fi nd me approachable, balanced and relatable because I’ve walked in their shoes.

“Our community wants real people to represent them, fairly and honestly, and our community wants change. “I am asking to be their representative in local government to create and implement the vision we so desperately need. “Above all, I commit to having ‘a bias for action’ and dedicating my time to make sure our collective community is represented with a vision for everyone, not just a few,” Ms Watson said.

16 candidates running in The Entrance Ward