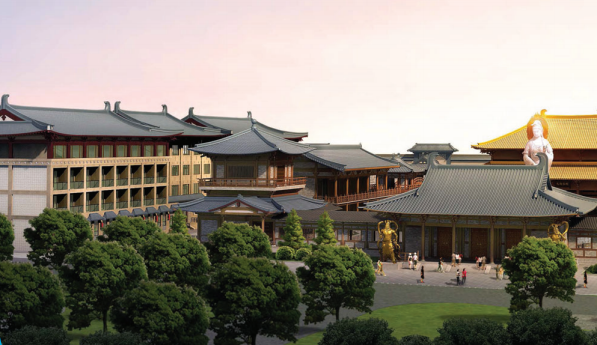 Central Coast Council was seeking a meeting with Australia China Theme Park Pty Ltd (ACTP) to discuss the future of the proposed Buddhist Temple and Chinese Theme Park at Warnervale.

The Council was responding to reports from other media outlets that the ACTP had vacated its Sydney premises with nine months remaining on their lease. “The former Wyong Council entered into contracts to sell land at Warnervale to Australia China Theme Park Pty Ltd,” the media statement said. “Those contracts include confidentiality clauses that bind both parties and as such it is not appropriate to comment at this stage. “Council has sought an urgent meeting with representatives of ACTP to discuss these contracts. “Council will make further announcements when it is appropriate to do so.”

It is understood ACTP is overdue with its payment of $3 million for the first parcel of land at Warnervale where it planned to locate the proposed Buddhist temple. A further $7 million was to be paid by the company in the coming years for subsequent parts of the theme park development. If ACTP does not go through with the purchase, which is the subject of the confidential contract, it would be expected that Central Coast Council would keep any deposit paid and look for another party to acquire the land. Member for Wyong and vocal critic of the project, Mr David Harris, said the media statement issued by Central Coast Council raised more questions than it answered.

Mr Harris said: “Does seeking a meeting mean Council can’t fi nd ACTP either? “My concern is that because Central Coast Council has entered into contracts with ACTP and believes it has legal obligations under those contracts, that land remains landlocked until the matter can be resolved,” he said. Central Coast Council CEO, Mr Rob Noble, last commented on the status of the project in an interview with Wyong Regional Chronicle in October, 2016, when he said the controversial nature of the proposed development of a Buddhist temple on Warren Rd, Warnervale had resulted in Council deciding to appoint an independent consultant to assess the application.

The Buddhist temple was a scaled back development application intended to form part of a grand plan to develop a Chinese theme park at Warnervale. A Planning Proposal to amend the Wyong Local Environment Plan (2013) to allow for the theme park to be built received conditional gateway approval in July 2015 and the submission to build the Place of Public Worship (temple) and ancillary buildings followed. When it was announced in 2012, the $500 million Chappypie China Time theme park was lauded as “one of the biggest tourism projects NSW would ever see”.