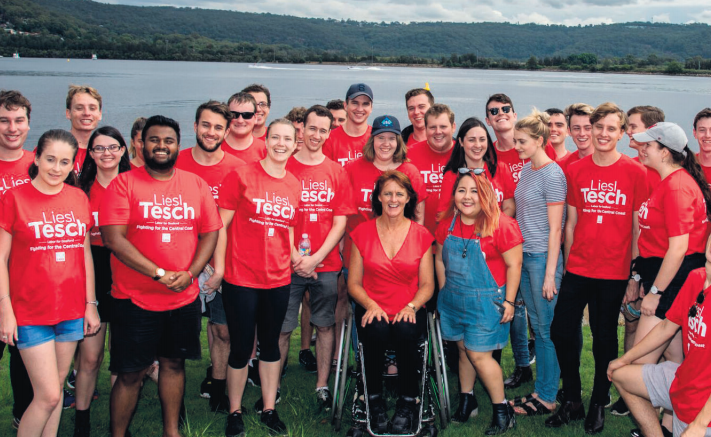 The new Member for Gosford, Ms Liesl Tesch, with her team of volunteers

Labor’s Ms Liesl Tesch was declared winner of the April 8 by-election in the NSW electorate of Gosford, achieving a swing (before preferences) of 10.9 per cent to Labor.

The number of formal votes counted on the day was 46,279 representing 97.3 per cent of those registered to vote. Ms Tesch celebrated her victory with supporters at Everglades Country Club, Woy Woy, on April 8. Ms Tesch said she felt fantastically supported by the community and that she would be fighting for Gosford in NSW parliament for years to come.

“I will do all in my power to keep the Government accountable for the decisions they make that affect the lives of people on the Central Coast,” Ms Tesch said. Ms Tesch outlined the key issues identified by the people of her electorate during her time on the campaign trail, including feeling ripped off by the Council amalgamation and the removal of services throughout the electorate by the Liberal Government.

This article appeared first in The Peninsula News print edition