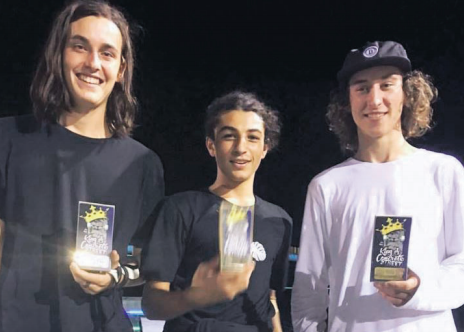 Central Coast Council teamed up with Shredability for yet another first in skating on the Coast. Event organiser and former world champion, Mr Renton Millar, said his team couldn’t wait to return to Bato Yard for another massive event. “We were just there in February for our elite bowl competition and couldn’t believe the amazing support we received, as well as the talented riders, who shredded the biggest bowl in the country,” Mr Millar said.

“This competition was just as rad, as Bato has some rare features in the street section that attracts some top riders to the Coast. “It’s also the first time we hosted an event under lights and I have to say we are super-excited about this opportunity. “A special shout out to Central Coast Council for supporting skateboarding with such an amazing facility and great events. The street section of Bato Yard has one of the largest street areas in Australia and can take multiple users as it has three separate riding lines with multiple obstacles.

Some of the unique features to the street league facility include a seven stair set with hand rail, a quarter pipe with coping gap troll door, an angled manual pad, a spine and waterfall combo, a three stair set, fi ve rails with varying height and cross sections, advanced access and use, large slider boxes in association with stair cases and obstacles, volcano feature and butterfl y hip, as well as assorted ollie boxes, hubbas, ledge and wedge combos, quarter pipes, fl at banks and roll ins. There were four competing categories: opens, ladies, under-16s and under-12s. With street skating being introduced into the 2020 Olympics, the competition was bound to attract interest from top name riders who used it as preparation.

Council Administrator, Mr Ian Reynolds, said Bato Yard was built for local riders and to attract major competitions to the region, just like this one. “The facility is continuing to deliver on its promise to attract world class events and providing important opportunities for residents and visitors alike,” Mr Reynolds said. “It’s certainly becoming well known as one of the premier riding facilities in the region, if not the state.

“We have also been working hard to make the facility fully accessible, which will have the potential to attract even more events such as wheelchair motorcross (WCMX). “It’s already been tested by one of the country’s top WCMX riders and received great reviews.” There was a $5000 prize pool for the winners as well as the chance to be named the inaugural Bato Yard King of Street.