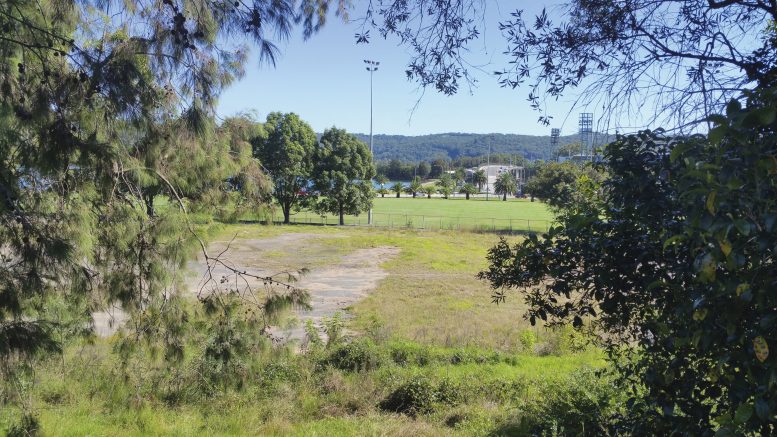 A new commercial building to house NSW Department of Finance workers is on the way for Gosford after receiving Central Coast Joint Regional Planning Panel (JRPP) approval on Thursday, March 2.
The JRPP deferred a decision on the development proposal in December to seek more information relating to architectural integrity, landscaping, soil management and a site link.
“These issues have now been addressed,” according to a media release issued by Central Coast Council, following the JRPP’s announcement.
According to Council, the new building would: “inject $1.4 million to the retail expenditure in the Gosford CBD and $4.2 million into the broader Central Coast economy”.
The application provided for activation of the public domain in terms of the landscaped forecourt and a ‘through block’ connection.
The development also incorporated louvres and shading features to manage the climate and internal comfort of the building.
The $34.2 million decision brings the value of development approved, by the JRPP, in the last six months in the Gosford CBD to $150.9 million.
According to Property NSW, the State Government agency that has managed the sale of the land formerly occupied by Gosford Public School, has announced that hundreds of new jobs were earmarked for Gosford’s CBD after the Central Coast Joint Regional Planning Panel approved its DA for the new mixed use commercial building at 32 Mann Street.
CEO of Property NSW, Mr Brett Newman, said the JRPP approval followed the tender process to secure a development partner to deliver the proposed mixed-use building at 32 Mann St and develop the remaining 1.1 hectares of land on the site.
“Endorsement of the project by the JRPP is an important milestone in the Government’s plan to invest in the local economy and revitalise the CBD and waterfront, delivering hundreds of new jobs to the region,” Mr Newman said.
He said Property NSW was reviewing the tender proposals and would announce a preferred proponent shortly.
Mr Newman said that the Government had received excellent responses through the public EOI process to deliver a mix of development opportunities for the remaining space on the site, including restaurants, car parking, short-term accommodation, residential and generous open space for the community that would provide pedestrian access between Mann Street and the waterfront precinct through the site.
“This is an exciting opportunity for Gosford,” Mr Newman said.
“This proposal will deliver a much-needed boost for the Central Coast,” he said.
The proposed uses of the site comply with the Central Coast Council’s Gosford Development Control Plan (DCP), and would ensure the site contributed to activation of the Waterfront Precinct and support the revitalisation objectives detailed in the ‘Our City, Our Destiny Masterplan’, he said.
The two stage tender process saw Property NSW seek a developer to partner with the NSW Government to build the six storey, 7,000 square metre mixed use commercial building and purchase the remaining mixed use precinct for developing into a vibrant and active area connecting the Gosford CBD to the waterfront.
In April 2016, the Government announced that more than 300 public service roles from the Department of Finance, Services and Innovation would relocate to Gosford in late 2018, to be accommodated in a new A grade, environmentally sustainable building to be constructed on a portion of the site at 32 Mann St, Gosford.
Aside from the 300 jobs, the development was expected to create 90 direct construction jobs, 30 jobs in the design and planning stages, and more than 330 ongoing indirect jobs for Gosford.
Parliamentary Secretary for the Central Coast, Mr Scot MacDonald, welcomed the approved determination for the development of the new Department of Finance premises at 32 Mann St, Gosford by the Central Coast Joint Regional Planning Panel (JRPP).
“We now have the green light to proceed with an important piece of investment right in the heart of Gosford, to the value of $34 million dollars,” Mr MacDonald said.
“It will stand next to the new ATO building under construction.
“The ATO complex is expected to employ 600 staff delivering on a commitment by Federal Member for Robertson, Ms Lucy Wicks.
“This finance cluster will therefore attract nearly 1,000 direct jobs and many allied and supporting positions,” he said.
“I am very proud that the NSW Liberal National Government is delivering while Labor continues to give advice and undermine Gosford’s renewal.
“I am hoping the by-election will give a new Liberal representative in Gosford the opportunity to build on this substantial development,” he said.
NSW Labor demanded the Government ensured that generating local jobs and the use of local materials would be priorities in the construction of the new Department of Finance building.
Shadow Minister for the Central Coast, Mr David Harris, and Labor Candidate for the by-election in the Seat of Gosford, Ms Liesl Tesch, announced that it was crucial that locals were given first pick of jobs and apprenticeships.
“Over $30 million dollars is being poured into this building and it’s crucial that Gosford residents get value for their taxpayer dollars,” Mr Harris said.
“About 90 jobs are expected to be generated from this construction and the community doesn’t want to see those jobs outsourced,” he said.
“I welcome the news that this decision will generate jobs in Gosford and boost the Central Coast economy.”
Ms Tesch said: “Local jobs, local apprentices and local materials must be used for this Gosford project.
“It will be great to see the Gosford economy grow from this decision and we want to make sure that local jobs grow with it.”