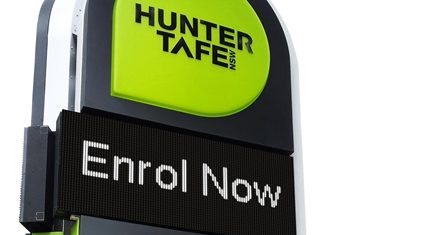 The campaign will recruit 64 frontline educators for TAFE in the Hunter and Central Coast out of the 200 jobs that need filling across regional NSW.

Mr Marshall said the recruitment drive was a clear sign that the demand for skills based TAFE courses was continuing to grow on the Central Coast especially in Building and Construction, and Health and Community Services qualifications.

“TAFE NSW enrolments have skyrocketed, with enrolments 122,000 higher in October 2016 compared to the same time in 2015,” Mr Marshall said.

“As enrolments have increased so has the demand for teachers. TAFE NSW is now looking to employ more teachers in many areas.

“The simple truth is that Labor left TAFE NSW in a mess with spiralling operating costs, duplication across the state and teachers grappling with crippling overheads – with anywhere between 40 and 60 cents in the dollar spent on administration.

“The new One TAFE model, consolidating 10 separate institutes into one, will ensure taxpayer dollars are directed into frontline learning.”

In 2015 and 2016, NSW Government policy changes including Fee Free Scholarships, capping apprenticeships at $2000 and traineeships at just $1000 have helped to drive up enrolments and demand for teachers.

Advertisements have appeared online and across local press, with more vacancies set to be advertised over the coming months.