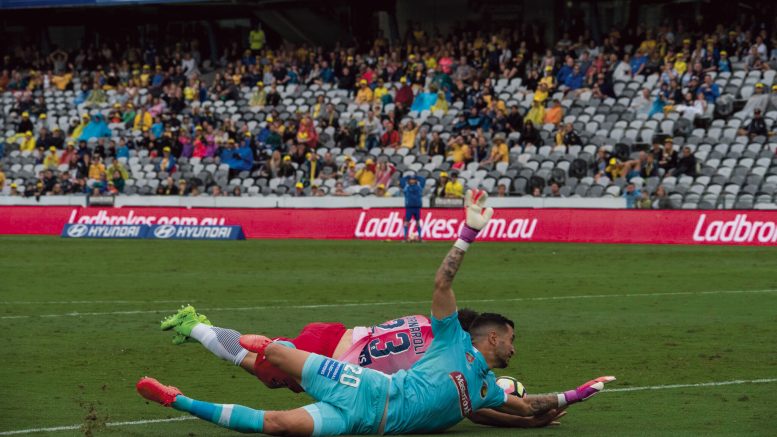 Central Coast Mariners’ Goalkeeper, Paul Izzo, received a one-match ban following an incident in the Mariners’ home game against Melbourne City on Sunday, March 5.
The independent Match Review Panel (MRP), consisting of Simon Micallef (Chair), Alan Davidson, and Alan Contini, convened on Monday, March 6, to consider the incident from Round 22 of the A-League 2016/17 season.
The incident involving Paul Izzo arose in or around the 62nd minute of Central Coast Mariners’ match against Melbourne City FC.
The MRP had the authority to consider the incident as Izzo was expelled from the match by the Referee.
The MRP determined that Izzo committed the offence of “Denying the opposing team an obvious goal-scoring opportunity”.
The MRP proposed a sanction of one match (the Mandatory Match Suspension), being the Minimum Sanction for the offence.