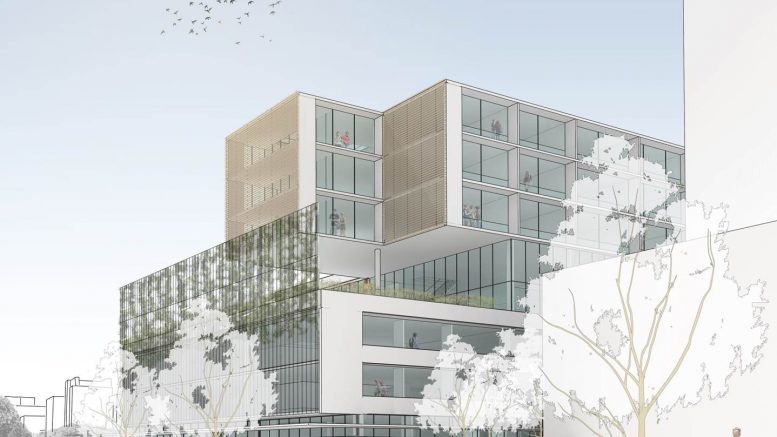 The long-promised regional library for Gosford has been delayed again, putting at risk a $7 million Community Development Grant, and begging questions about the status of around $8.1 million raised over 15 years from a ratepayer levy.

Prior to its dismissal by the NSW Government in May 2016, Gosford Council had resolved to build a regional library on the council owned Broadwater Hotel site, next door to Gosford Council Chambers on Mann St.

Draft plans were drawn and a public tender was advertised (but not in this newspaper) for an architectural consultancy and detailed design services.

The reasons for the withdrawal have remained confidential, but are understood to be “procedural”.
“Council will now seek an extension for the $7 million grant under the Community Development Grants Program,” Central Coast Council confirmed in a written statement issued in response to questions from Coast Community News.

“[This will] enable Council to settle on a suitable location for the Gosford Library site with a report to be brought back to Council on the matter,” the statement said.

Gosford Councillors voted in 2015 to move ahead with plans to build a new central library in Mann St after the State Library of NSW reviewed nine possible options.

The draft design was described in February 2016 as a collaborative effort between Gosford Council and leading architects Clare Design and Hill Thalis, which Gosford’s former mayor, Mr Lawrie McKinna, said was a “concept plan that boasts something for everyone.

“There are still plenty of details to work through, but this current concept truly captures our vision of having a state of the art community hub right in the heart of the Central Coast’s capital,” Mr McKinna said at the time.

The concept plan for the Broadwater site included a ground level café and children’s area, three levels dedicated to exhibitions, library collections and an auditorium, as well as four more levels devoted to a smart work hub, a seniors’ centre and a university presence.

It appears Council amalgamation also resulted in the development application to demolish the current Council-owned building on the site never being lodged.

Council’s Group Leader Connected Communities, Ms Julie Vaughan, said the purpose of the report that was considered by Mr Reynolds in January was to “tidy up the tender process” which, she said “fell way outside local government requirements” in terms of timing.

Ms Vaughan said the work done by the NSW State Library was still being considered but questions remained about the suitability of the Broadwater Hotel as the best site of the state-of-the-art library that the region required.
She said a development on the Broadwater site would be “in excess of what we’ve got funding for”.

An alternative site is also under consideration for the library, according to Ms Vaughan.
“This is part of consolidating a lot of the former projects,” she said.

Ms Vaughan said a report would be presented to the February Council meeting, but that negotiations were still being finalised, and the high political interest in the project meant she needed to be cautious about what she could say publicly at this stage.
“The $7 million Federal funding means the government requires us to deliver on this project, and there have been many promises for many years, but not much has been delivered.”

Ms Vaughan said the $8.1 million was “still committed”.
She said the draft designs put forward by Gosford Council were “pretty pictures, but not necessarily what was ever going to be an affordable design.

“The report will identify the next steps, but we are still concurrently trying to keep the commitment of the Federal Government.
“We don’t want to make any more broken promises and this review is part of the due diligence required,” she said.

Council’s water plan under the pump