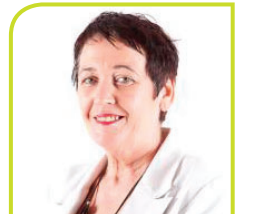 The business community of Gosford City has gone from riding on the crest of a wave prior to the removal of Gosford Council in May, to feeling neglected and abandoned by the new Central Coast Council.

Ms Deborah Warwick, the Manager of Gosford CBD’s only surviving retail centre, the Imperial Centre, said prior to May, investors were showing confidence in the city. “All the right signals were there,” Ms Warwick said. “People from outside the area, investors, were willing to spend money in Gosford,” she said. “Mr John McGrath himself, with his many decades of real estate industry experience, has said Gosford is a very viable area for residential development,” she said. According to Ms Warwick, “Everything came to a grinding halt” following the removal of Gosford Council.

“We, as a business community, are not seeing the necessary decisions being made,” she said. Committed and potential investors in Gosford have, since May, encountered ongoing difficulties in their attempts to do business with the new Council. Ms Warwick said those difficulties included: getting calls returned; making appointments with appropriate people; setting up meetings to progress discussions about projects; and, continuing negotiations to gain necessary council approvals.

Ms Warwick said she did not believe that economic conditions had changed since the creation of the Central Coast Council and if potential investors were walking away or losing interest, it was due to council’s apparent disinterest in making the revitalisation of Gosford a priority. “There are many people who already have money invested in this area of the Coast and their concerns are growing,” she said.

Central Coast Council CEO, Mr Rob Noble, and Administrator, Mr Ian Reynolds, were recently invited to speak at a Gosford-Erina and Coastal Chamber of Commerce and Industry meeting. “They were invited to speak on behalf of Council about what Council’s plans were for Gosford,” Ms Warwick said. “As a member of the audience, they did not say anything about what they were going to do for Gosford,” she said. Ms Warwick said both Mr Noble and Mr Reynolds made it clear that they were not locals and only intended to stay in their current positions until the end of the administration period.

“I made the statement ‘you are aware that the NSW Government Regional Plan for the Central Coast said that Gosford is the regional capital’ and Mr Noble said ‘yes’, but the business community wants to see the new council acting like Gosford is the regional capital,” she said. When asked what the new council would be doing to enhance Gosford’s position, Ms Warwick said: “They would be making a priority all of those activities and developments that are currently before Council that would enable Gosford to be reactivated, including pursuing the development of the waterfront.”