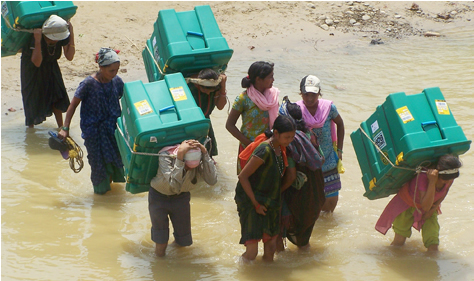 A team from Gosford North Rotary Club will travel to Madagascar to deliver much needed aid to those affected by natural and man-made disasters later this year.

Team leader, Mr Peter Pearce, and Gosford North Rotary Club volunteer teams, have visited Madagascar seven times since 2011. Mr Pearce was previously deployed by the organisation ShelterBox to deliver 448 aid boxes to flood ravaged areas of Madagascar. ShelterBox is an organisation which responds to natural and manmade disasters across the world through delivering boxes of aid to those in need.

The Rotary Club has donated items including; medical equipment, wheelchairs, solar lights, children’s school satchels, hospital linen, sewing machines, new and used power and building tools, defi brillators, computers and blankets and other essential equipment for displaced persons. Mr Pearce said that the project had been so successful over the years due to the fact that all items are “personally and directly delivered to the recipients” by the volunteer team, Madagascar Project.