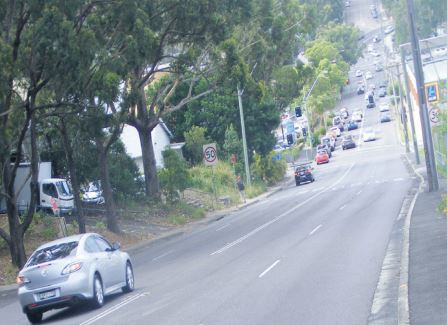 The season finale of the V8 Supercars competition could be moving to a street circuit in Gosford but mayor Cr Lawrie McKinna has said he cannot comment.

“I can’t say anything about it,’ Cr McKinna said. “I have not had a meeting about it but I was a guest of the V8 Supercars at the Sydney 500 [held on the weekend of December 5 and 6 at Homebush],” he said.

“It is an operational thing but if I was asked if I thought it would be a great thing for the Coast, of course it would. “It would be huge. “The decider has a 300 million viewing audience from all over the world.”

In terms of time frame or the logistics of setting up a track, Cr McKinna said: “I don’t know anything of that and if I knew I would say no comment. “The rumours are it is a street circuit,” he said.

According to a report in the Sydney Morning Herald on Monday, December 7, V8 Supercars is understood to be in top-level talks to secure state-government backing for the move to Gosford.

“V8 Supercars wants to dump the Sydney 500 because, despite state government funding of the initial construction of the 3.2km circuit through the streets of the Sydney Olympic Park precinct, it has lost millions of dollars each year staging the event,” the Sydney Morning Herald article said.

According to the Fairfax Media article, funding for a street circuit in Gosford would be more attractive to the Federal and State Governments because it would be in a regional centre. The article said the preferred location for the track would take in Dane Drive and provide extensive views of Brisbane Water.

CEO of V8 Supercars, Mr James Warburton told the Herald that it did have an alternative if it decided against returning to Sydney Olympic Park for the 2016 season decider.

“We have many, many, many alternatives in our minds, but at the end of the day, we’ll announce all that when we make a decision,” Mr Warburton said.

Kibbleplex sale details to be revealed in due course